The company states its 2022 forecasts this month are slightly raised from October thanks to easing supply-chain constraints. Current economic activity aside, as long as inflation remains elevated, ACT anticipates the Federal Reserve will continue its aggressive response, increasing the chance of a sharper decline in economic activity, the company says.

Looking to 2023, Class 8 forecasts are unchanged, while Classes 5-7 reflect more of a pull forward in demand, ACT states.

“In all things financial and economic, the maxim to adhere to is ‘Don’t fight the Fed.’ The longer inflation remains elevated, the more aggressively the Fed will respond with higher interest rates. This, in turn, increases the chances of a sharper decline in economic activity, and results in fewer commercial vehicles required to facilitate this lower level of activity, and will likely exacerbate downward pressure on spot and contract rates, adversely impacting carrier profitability.”

Vieth adds ACT is not yet willing to chase volumes all the way up the ladder in 2023.

“The critical factor in forecasting 2023 is when do lower freight volumes and higher borrowing costs compress carrier profits sufficiently to kill the cycle?” he says. “Our current thinking is the negatives begin to weigh on orders as soon as [the first half of] 2023 and more meaningfully by the second half of 2023; however, with pre-buying ahead of the California Air Resources Board mandates that start in 2024 and considering carrier profitability strength, there is a compelling case to be made for production volumes to be sustained at 2022 levels through the end of 2023.” 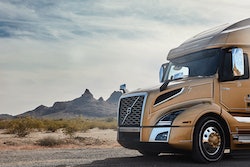 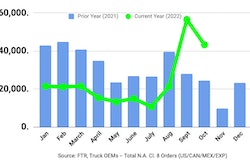 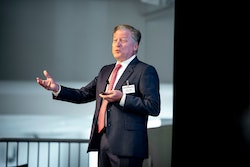 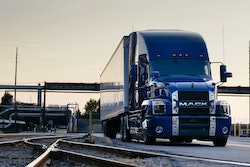