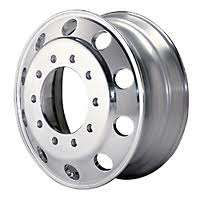 The Accuride Corporation announced its final profit reports for Q4 and all of 2010 last week, and numbers were mixed.

On a pretax basis, the loss in 2010 included the above $166.7 million inducement expense, a mark-to-market gain on the convertible notes prior to conversion of $70.0 million and a $2.3 million charge related to a product campaign. The loss in 2009 included $0.9 million in restructuring costs and the above $31.4 million in reorganization items and pre-petition professional fees. Adjusted EBITDA in the quarter was $15.1 million compared to $10.6 million in the prior year. Free cash flow was $17.9 million for the quarter, which includes $9.2 million in cash outflows related to our financial restructuring.

“2010 was a pivotal and successful year for Accuride,” says Rick Dauch, company president and CEO. “Despite the challenging economic and industry conditions, Accuride pursued and implemented strategic initiatives to successfully restructure the company’s operations and capital structure, strengthen customer relationships and increase market share. I am looking forward to building upon the momentum that began in 2010.”