A Look at Engines

Improvements to the process and EPA requirements are playing a role in engine remanufacturing.

Remanufacturing is a vital part of the truck parts aftermarket. Truck Parts & Service has launched a year-long series on the subject of remanufacturing. 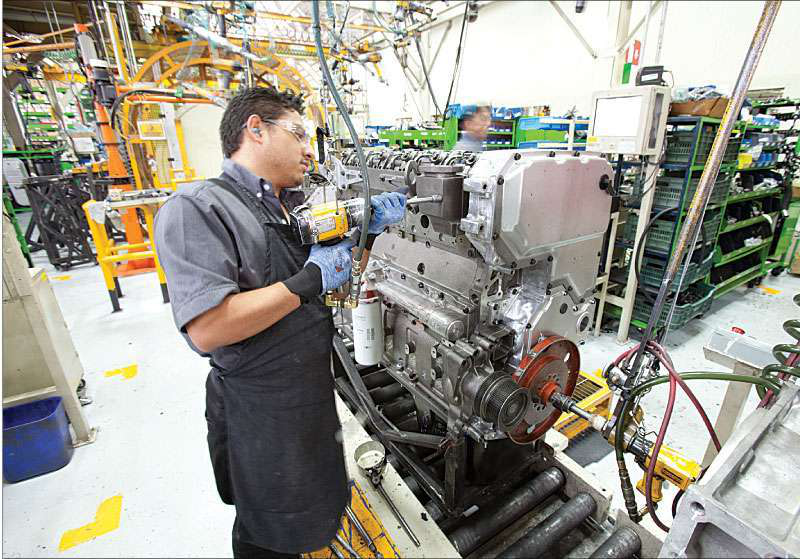 TPS: What is involved in the remanufacturing of a heavy-duty engine?

Ballard: Engine remanufacturing is essentially restoring an engine to like-new specifications. That’s a very different standard than the term “rebuilt.”

Detroit Reman performs the remanufacturing of nearly all of the major components of medium- and heavy-duty diesel engines. We have an extensive program facilitating the collection of engine cores and parts that then go through our remanufacturing process.

Our remanufacturing processes at Detroit are really a high-level form of recycling, taking aged and worn engines and parts, and giving them a new life.

All major engine components can be remanufactured, including engine blocks, cylinder heads and liners, turbochargers, water and oil pumps, fuel injectors, and even many electronic assemblies.

Zwicker: Once the core is at the factory, external engine cleaning is the first step in the process. Oil and debris are removed from the outside of the engine to assist in the identification of key components.

Following external cleaning the engine is carefully disassembled. A preliminary assessment is conducted for each component and suitability for salvaging is evaluated against Cummins reuse standards. Components that are 100 percent replacement items (such as soft gaskets or bearing shells) are sorted for recycling.

Component-specific cleaning is the next step in the process.

After cleaning, every component is inspected to determine salvage requirements. Every component has criteria for assessing fitness for reclamation and reuse.

The next phase of the process is salvage. This is the step in the process where components are restored to functionality to ensure same-as-new performance. This capability is what differentiates remanufacturing from rebuild/repair options.

Upon completion of assembly, every engine is dynamometer tested to ensure that the engine meets Cummins original factory functional specifications.

TPS: Are there any new developments in engine remanufacturing?

Zwicker: Our salvage technology team is constantly pushing the envelope to bring new salvages from the laboratory to the production floor. 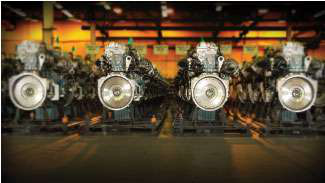 We have had a great deal of success employing technologies that may have been originally designed for another industry and applying them to solve our remanufacturing issues.

Examples include using medical borescopes to do inspections of tiny openings and using lasers to strengthen metallurgical bonds on welded surfaces.

From a product perspective, remanufactured natural gas engines are becoming increasingly important and we expect demand to grow as engine populations increase.

Bolland: Detroit always is looking at new ways to improve our remanufacturing processes. Detroit Reman has several proprietary methods of restoring components to original specs, including processes that add metal material back to worn parts bringing their actual thicknesses back to original manufacturing specifications.

Another interesting development is that the remanufacturing industry is working together to establish a single definition for remanufacturing that differentiates our processes from the ideas of refurbishing and rebuilding, which don’t necessarily restore parts to their true original condition or performance capabilities.

TPS: Have the engine emissions regulations had an impact on engine remanufacturing?

Bolland: EPA emissions regulations affect engines overall. So the answer is yes, [the regulations have] affected engine remanufacturing. Today, there are new components and systems that make high-efficiency diesel engines possible. Like any other part, these new pieces age and wear through use and offer new opportunities for remanufacturing.

A great example is the diesel particulate filter used in engines using SCR. Instead of tossing the filter, or just tamping the particulate down to prolong the filter’s useable life, Detroit Reman developed a process in coordination with the product development team at Detroit that washes the particulate out of the filter altogether.

This offers a complete new life-cycle for the filter, saving money and material that would be needed to replace it.

TPS: Do you think the ongoing emissions regulations will continue to drive an interest in reman engines?

Bolland: Reman parts are an expectation from our customers. They trust that an OEM remanufactured part from Detroit will perform while providing the low-cost value they need to keep their truck up and running.

With both fleets and independent owner-operators holding their trucks longer in a down economy, there is more attention paid to parts and service issues in order to get the most return on those trucks as possible.

TPS: What are the benefits of a remanufactured engine?

Bolland: Remanufacturing itself has many very real stand-alone benefits. We often point to the environmental benefits of reducing CO2, landfill waste and overall raw material use that would occur if the industry just scrapped and replaced parts.

A benefit that Detroit pays very close attention to is the total cost of ownership for our customers.

The up-front purchase cost of a truck as a business asset is significant, but when you add to that fuel, regular maintenance and replacement parts over the useful life of the vehicle, many opportunities to optimize that investment immediately appear.

Particularly in this economy, when owners are holding their trucks longer, they can rely on Detroit for lower cost remanufactured parts to get every useable mile out of their asset.

A benefit that is often overlooked is the real performance improvement that a remanufactured engine can offer. Because it owns its own remanufacturing, Detroit Reman can remanufacture an engine with any upgraded design changes that have been made to that model of engine.

In those cases the remanufactured engine is more up-to-date and offers better performance than when it was originally purchased.

Zwicker: Cummins’ customers are interested in remanufactured engines due to the value they deliver, such as “like new” engine reliability and durability and reduced downtime when compared to a rebuild/overhaul.

Cummins ReCon engines (our genuine remanufactured product line) enable our customers to cost-effectively extend the life of their asset.

In addition, remanufacturing supports environmental stewardship. The sustainability aspects of remanufacturing are being recognized and appreciated by customers around the globe.

Cummins recycled 50M lbs. of core in 2011. Cummins avoids 200M lbs. of greenhouse gas emissions per year and 50M lbs. of reclaimed Cummins core were put back on the road in 2011.