Recently, I was scanning newspapers (remember them?) as I do every evening. If I didn’t know better, I would’ve thought the U.S. discovered an ocean of oil while I wasn’t looking. The headlines about U.S. energy were full of words like “independence,” “surge,” “revolution” and “boom.”

Continental Resources estimates that the Bakken Formation actually holds the equivalent of 903 billion barrels of oil — 57 percent higher than its 2010 estimate of 577 billion barrels. Morgan Stanley titled a recent note to clients as “Saudi America.”

So the oil shortage is over. Not really, but it sure feels good to say. In the heavy-duty parts and service business, this does NOT mean business as usual. Rather, it means that our ability to keep up with the nuances of ‘new diesel’ may be a key to independents’ survival.

That’s why this issue of TP&S focuses on alternative energy. Clearly, fuel and energy are still the wildcards in trucking’s future. Alternative fuels and power sources continue to evolve.

In the next five years, distributors and service providers need to watch for the following:

• Dual Fuel Engines: Operate on clean-burning fuels such as natural gas, hydrogen and hydrogen-enriched natural gas. Westport uses natural gas as the primary fuel along with a small amount of diesel as an ignition source, or “liquid spark plug.” High-pressure direct injection (HPDI) retains diesel-cycle operation with up to 95 percent replacement of diesel fuel (by energy) with natural gas.

• LNG / CNG: $1 less per diesel gallon equivalent tells most of the story. The union of HPDI natural gas technology with the proven Cummins ISX long block has already been proven.

• Biodiesel: Non-foodstuff based butanol or other alcohols and fuels derived from cellulosic biomass can provide an excellent ingredient for B20 fuels that offer lower emissions than 2 percent biodiesel. Non-Food is the key phrase.

Concern over energy security, emissions and long-term industrial competitiveness will prompt governments to seek a partial solution by creating incentives — some combination of subsidies, taxes, and investments — to migrate the market to funny-fuel powered vehicles.

The key goal: To make traditional diesel more expensive ($5 per gallon is thought to be the tipping point). Today, federal tax on natural gas is 41 cents and 24 cents on diesel. That doesn’t make any sense.

OEMs also will reinvent their businesses

From a practical standpoint, electrified vehicles pose an enormous threat to incumbent truck OEMs, including light-, medium- and heavy-duty classes. The internal-combustion engine and transmission are the core components they have focused on altering.

In a world where vehicles run on electrons rather than hydrocarbons, the OEMs will have to reinvent themselves to survive.

Incumbency is a strategic strength, with significant competitive barriers including:

OEMs also may think about whether dealers like Rush or aftermarket players like FleetPride will sell (or lease) battery packs, as well as how the supply chain for alternate power will favor them.

For further insight on new truck technology, see ‘Heavy Truck Technology 2020: It Is Still About the Juice’ in the articles section at www.wade-partners.com. Bill Wade, partner in Wade & Partners, is author of Aftermarket Innovations. The views expressed in the Guest Editorial are those of the author and do not necessarily reflect the opinions, beliefs and viewpoints of Truck Parts & Service magazine. 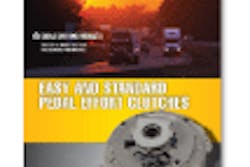 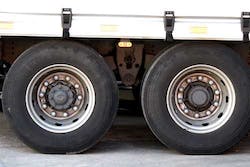 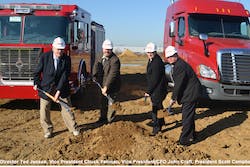 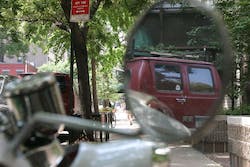