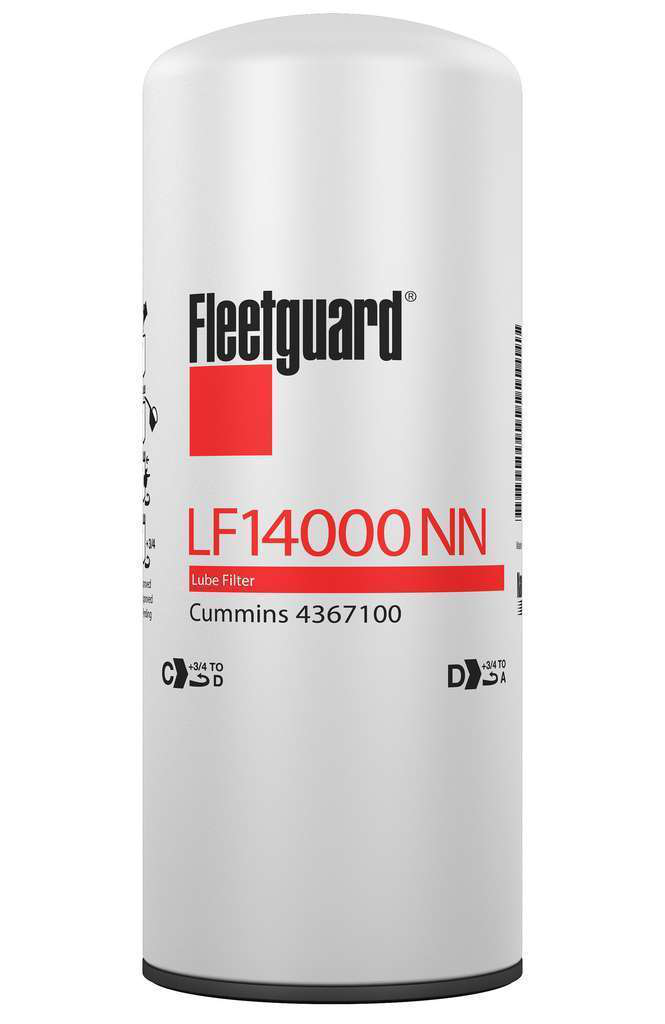 “Many of the characteristics that make NanoNet media so successful in fuel filter applications translate well to lube filters,” says Brad Long, senior engineering technical advisor, Cummins Filtration. “By pairing NanoNet with our proven StrataPore synthetic media, we can offer a lube filter that’s suited to meet the needs of today’s advanced engine platforms and lubricants as well as those coming in the near future.”

Introduced by Cummins Filtration in 2012, NanoNet filtration media removes and retains 98.7 percent of all particles as small as 4 microns (12 times smaller than the smallest particle visible to the human eye). The 100 percent synthetic, multi-layer polymer design is thinner than a dime yet gives the media a robust structure, allowing for maximum contaminant-holding capacity over the course of the filter’s service life, the company says.

In the case of the LF14000NN lube filter, the NanoNet and StrataPore media structures work together for best-in-class particle removal, capacity, and cold-flow ability to give uncompromising protection and filter life for today’s ISX engines.

Cummins says the LF14000NN lube filter is recommended for all Cummins ISX15 engines built after January 2010. The LF14000NN is suitable wherever an LF9080 was previously used and is the Cummins recommended upgrade performance filter, the company says.
“NanoNet media provides the absolute best in filtration performance in applications where uptime, performance, and cost-effective operations are imperative,” says Jeremy Harden, Lube Global Product Manager, Cummins Filtration. “The LF14000NN with NanoNet is one more example of how Cummins unites quality and innovation in diesel engine filtration.”