Medium-duty trucks may be modern-day workhorses, but their accessories are responsible for much of the heavy lifting.

Without the related assortment of lift gates, buckets and tools, some trucks would be limited to little more than delivering employees to a job site. Unloading freight down to a curb would become a backbreaking task.

That’s why the power supplies behind these accessories deserve added attention — particularly as fleets face added pressure to reduce idling. 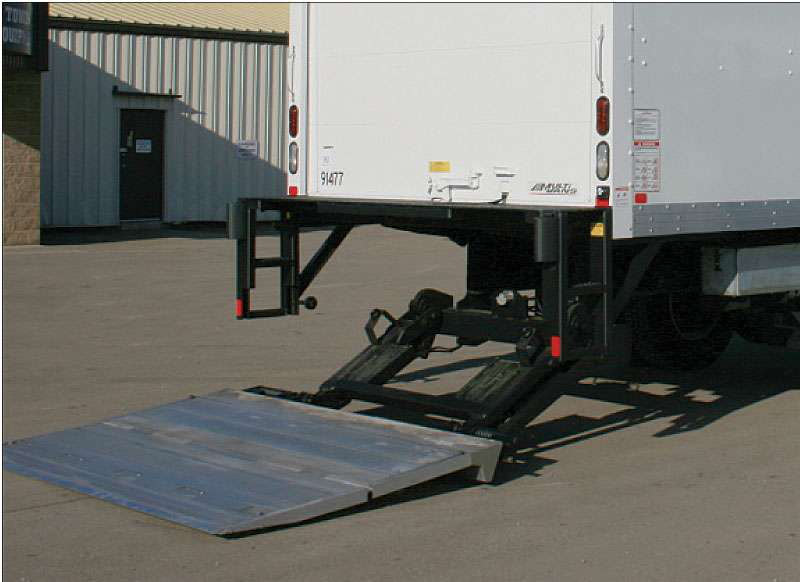 Some lift gates face greater demands than others whether the challenges come from higher duty cycles or carrying heavy loads.

Even the largest alternators are struggling to keep up with the demand to energize everything from electric-over-hydraulic pumps to cranes, laptop computers, snowplows and lift gates.

“I need to power electric loads at the worksite, but the truck engine must shut down. So how do I ensure I have enough power to run my devices and still start the truck at the end of the day without killing the life of my batteries?” asked George Mayhew of Verizon Fleet Operations, during a presentation to the Technology and Maintenance Council.

“It now comes down to batteries and looking more deeply at what those loads are.”

Each tool can place a unique demand on a truck’s electrical system.

A low-current power inverter delivering 300 watts or less typically will support the charging of a laptop or hand tools, and even provide chassis lighting or emergency lighting. But cranes, lift gates, aerial lifts, work lights and some emergency lights will likely require high-current inverters.

It is why batteries that feed these systems deserve some added attention.

At first glance, truck batteries all look the same. “The batteries are all 13-by-seven-by-nine, and they all come in black cases with black covers,” says Jeffrey Coleman of East Penn Manufacturing. But they are equipped for different roles.

Most lift gate maintenance challenges can be traced to electrical issues.

Those batteries used primarily to crank the engine need to provide instantaneous power, in a low-resistance design that delivers 650 to 1,125 cold cranking amps and a reserve capacity that falls somewhere between 140 and 195 minutes.

“They are not designed for high-cycle use. They’re designed to crank something,” Coleman says. In contrast, a dual-purpose battery can combine the instantaneous power and deliver power over time. But there are sacrifices. 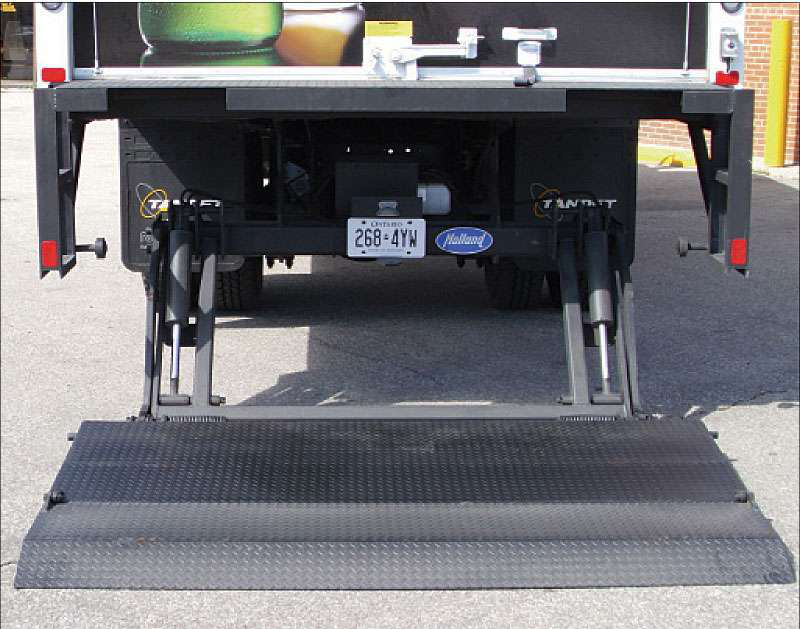 All of the lift gate’s moving components deserve attention, but you will want to put special emphasis on the pivot points.

Meanwhile, a deep-cycle design used to run something like a lift gate may offer 650 cold cranking amps and a reserve capacity of 190 to 200 minutes, but would struggle to start an engine.

Ranking batteries in terms of life, the best option is a gel design, followed by an AGM, a flooded deep-cycle battery, flooded dual-purpose batteries and flooded starting batteries.

If the battery is used for starting and cycling, the ranking shifts in order to AGMs, flooded dual-purpose, flooded starting, flooded deep cycle and gel batteries.

“Unless you’re isolating battery packs within a truck, you don’t want to mix these technologies in the same battery packs,” Coleman warns, noting how this would sacrifice battery life. But there is still a chance to use a different style of battery devoted to a tool like a lift gate.

Of course, some lift gates face greater demands than others, whether the challenges come in the form of higher duty cycles or shouldering heavy loads of bottled water.

The choices of batteries for lift gates should consider the number of cycles, deliveries in a day, driving time, distance between stops, the gate’s rated capacity and temperatures, says Daniel Cox, technical support manager at Midtronics.

This is particularly true in regions where highways are covered in de-icing compounds — a corrosive solution of calcium chloride that loves to wick up wires and wreak havoc on everything from electro-hydraulic pumps and switches.

And look no further than the distance between lift gates, batteries and alternators to see why voltage losses can make a difference. It is why he recommends using a digital multimeter during any troubleshooting work.

After all, a simple test light would have little hope of identifying the difference between 9.5 and 14.7 volts.

The best defense for the entire electrical system comes in the form of clean connections, healthy coatings of dielectric grease and sealed coverings around any joints or Deutsch connectors.

“Make sure those are good and solid, that they’re installed correctly, and you’re utilizing things such as shrink wrap or other forms of protection,” Jones says.

In some cases, batteries also are blamed for problems they did not cause. The parameters on a timer, for example, may be responsible for shutting down a lift gate earlier than expected.

“Most of [the lift gates] aren’t steady-state. They’re intermittent,” says Lou Stumpp, Navistar’s national account manager – fleet service. “If you give the battery time to rest, it will recover.”

Options to help maintain the all-important supply of electricity can include alternators with remote voltage sensors that monitor voltage at the battery, low-voltage disconnect devices, or individual load-shedding devices. Just make sure the settings are above the levels needed to crank the engine, Stumpp says.

“Do the simple things first,” he adds, stressing that battery terminals also should be cleaned on a regular basis. “A voltage meter and a wire brush will save you a lot of money.”

As important as the focus on a lift gate’s electric power may be, there are also other power sources to consider.

“Hydraulic fluid is the lifeblood of the system,” Jones says. “If you’ve got contaminated fluid, it’s going to adversely affect seals. The debris in the system is going to score barrels, causing leaks. You quickly can degrade the power of a pump by introducing contaminants that get chewed up in the gears, whether it’s a vane or a piston or a gear-style pump.”

It is why the fluid deserves ongoing inspections of its own.

The choice of new fluid will be equally important.

An automatic transmission fluid (ATF) may not be compatible with another type of hydraulic oil. Some formulas also are better equipped to handle different operating temperatures.

Screen filters and high-pressure filters need to be maintained as well.

“Some hydraulic systems and hydraulic tanks have magnets in the tanks that will collect metal debris. You want to make sure those are clean when you’re changing your hydraulic oils,” Jones says.

Any of a lift gate’s moving components deserve attention, too.

Jones prefers lift gates with bearings that can be greased. “It gives you something to maintain. It drives people to inspect their product as they’re maintaining it,” he says, noting that systems with greaseless bushings tend to be ignored.

“All your pivot points are going to be points of focus because these are physically moving parts, and they move under a high stress of load,” Jones says.

“We’re talking about lift gates in some cases that can exceed 6,000 lbs. of capacity. That’s a lot of load in a pivot connection. It’s a high-stress point, a high-wear point. You want to inspect those parts on a regular basis, and from a greasing standpoint you want to grease them on a regular interval.”

But the required inspection intervals can vary widely, depending on the applications. A gate that is used only once a week may need to be lubricated every six months; the bearings in a system that works 30 to 40 times a day may need a new layer of grease every week or two weeks.

Given the right attention, however, they will continue to prove their worth as power lifters. ■