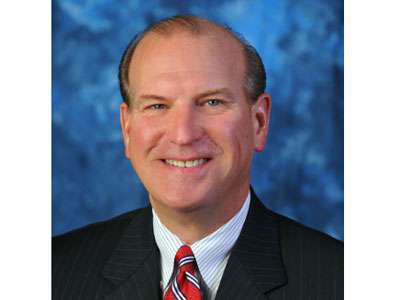 Accuride Corporation announced the appointment of Scott D. Hazlett as senior vice president and general manager, Accuride Wheels and Gunite, reporting to Accuride President and  CEO Rick Dauch. Hazlett will take on the added leadership responsibility for Accuride’s Gunite business unit on September 1, 2012, upon the retirement of Kenneth W. Sparks, senior vice president and general manager, Gunite and Imperial, who is concluding three years of service to Accuride.

“Scott Hazlett has done an exceptional job revitalizing our core Wheels business, while directing the launch and commercialization of critical new aluminum wheel manufacturing capacity this year,” says Rick Dauch. “He is a highly effective operations leader, and I am confident that he will complete the manufacturing improvements and consolidation underway at Gunite with speed and efficiency. The members of Accuride’s Leadership Team appreciate Ken Sparks’ contributions to the company’s positive momentum and wish him the very best in his retirement.”

Hazlett joined Accuride as senior vice president and general manager, Accuride Wheels, in October 2011 from Kansas City-based MachineryLink, Inc., an early-stage agricultural services firm, where he had served as president and CEO since 2006. Previously, he was a partner with Detroit-based industrial turnaround firm Conway, Mackenzie & Dunleavy and contributed to its interim management and operations practice.