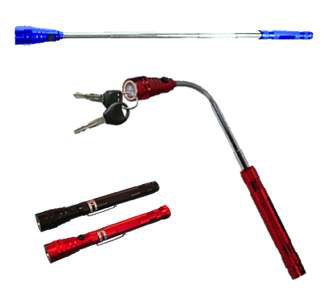 The company says the tool offers users the ability to find and retrieve objects in hard to reach areas. Magnets in both the head and tail end of the flashlight permit the recovery of magnetic objects, the company says.

The tool also is said to feature:

Impeltronics says the tool requires four LR44 Batteries for power, and is construction from aluminum and contains a stainless steel clip.