The used truck pricing wave has crested. After nearly 18 months of record-setting gains, prices for used trucks sold in the auction and retail channels slowed in April, J.D. Power announced Monday in its May 2022 Commercial Truck Guidelines industry report.

The auction space saw pricing fall nearly across the board. Among 2- to 6-year-old trucks, J.D. Power says its benchmark model pricing was as follows:

"The socioeconomic changes we’ve been talking about for more than a year are finally coming to bear and affecting used truck market dynamics," the company says.

Retail prices were higher in April, though J.D. Power says selling prices in that space "usually take two to three months to adjust to market shifts."

In the 2- to 6-year-old truck cohort, April’s average pricing was as follows:

The company reports 3- to 5-year-old trucks brought an average of 0.7 percent more money in April than March. Trucks in this age group brought 79.9 percent more money in the first four months of 2022 than the same period of 2021. Year to date, late-model sleepers have increased an average of 2.7 percent per month in value. The company adds those figures should decrease and flip to depreciation in upcoming months.

"As we suspected, the relationship between the freight environment and truck supply is looking different as we enter the second half of the year," J.D. Power states. "We had predicted strong used truck pricing through the first half, and while pricing is still strong by historical standards, the initial correction happened a month or two earlier than anticipated — at least in the auction channel."

The company adds year-over-year auction comparisons will be more negative than retail in next couple of months.

Pricing was mixed but generally higher in the medium-duty space as well.

"The socioeconomic effect of the post-shutdown 'return towards normality' is finally emerging as we near the second half of the year," the company reports. "The end of individual stimulus, non-zero interest rates, increased inventories, a fully functional service industry, a widespread return-to-office and spiking inflation are finally causing the freight environment to pull back from white-hot conditions. Spot rates have been on the decline since February, and volume has cooled recently. Combine that data with a greatly expanded number of seated trucks available to move that freight, and we have the ingredients for a pullback from extreme used truck valuations."

Looking ahead, the company adds Class 8 deliveries in 2022 are following a pattern similar to 2021, with a weak January and February followed by a somewhat stronger March and April.

"We have no way of knowing if future months will hit and sustain the mid-20,000 range required to fulfill the orders of the past 18 months — or if buyers will still want 100 percent of those orders — but we’re assuming production will look somewhat healthier in 2022 than 2021. That’s great for customers who have been desperate for new iron, but it also portends more trade-ins and a higher volume of used trucks now that the freight economy is contracting," J.D. Power states. 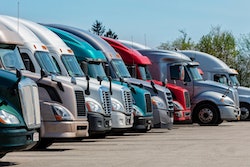 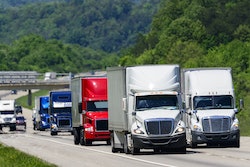 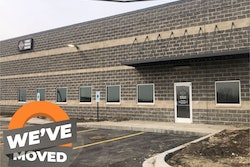 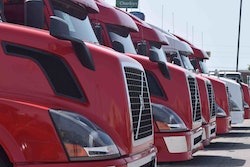