More than 50 percent of heavy-duty manufacturers reported in November 2020 that COVID-19 infection rates among their workforce were on the rise from five weeks prior, the Heavy Duty Manufacturers Association (HDMA) reported in its most recent HDMA Pulse Report.

HDMA has been polling its member community regularly since the coronavirus pandemic hit North America. In announcing the association’s survey findings during a HDMA Pulse webinar in November, Richard Anderson, HDMA director, market research and analysis, noted while infection rates within individual companies vary, survey data is enabling HDMA “to see a trend and, therefore, the health of the supplier portion of the commercial vehicle supply chain. For this past month versus the same time last month, there is a lot of daily variation. But when we smooth it to a rolling average for the nation, the trend is for slightly increasing rates of infection.”

Data from HDMA’s follow-up questionnaire to its November survey has not yet been published, but with COVID-19 infection rates continuing to rise across much of the country, the likelihood the supplier community has avoided an increase in workforce infection rates seems low.

Coupled with a rise of absenteeism in the workplace, the supplier community is in the midst of an employment shortage unlike any it has ever seen.

Among HDMA member companies, businesses are searching for ideal workplace safety practices, expanded PTO opportunities and incentive programs to keep employees engaged and committed to their employers. No perfect solution has been uncovered thus far, but some tactics have become more popular than others.

An emphasis on workplace safety has been nearly universal across not only the OE supplier community but all business channels.

Anderson says HDMA Pulse survey responders have implemented a multitude of safety protocols, such as “regular temperature screenings, increased sanitization efforts, greater distancing during work and non-work times, workflow changes to reduce people being in the same place at the same time, entrance changes for social distancing, increased PPE, including some suppliers providing PPE to employees for off-work time in order to keep them safe.”

Additionally, HDMA’s November 2020 Pulse survey indicated nearly 60 percent of member companies had introduced on-site health screenings for their workforce as a way to combat absenteeism while 52 percent were offering additional time off for care of family and 38 percent were offering additional time off for childcare. The latter were slight increases from 47 and 32 percent in October 2020. Attendance-based bonuses also had been implemented by approximately a quarter of HDMA survey responders, per the October and November surveys.

Recruitment efforts have been on the rise as well, with a “focus on production personnel,” Anderson says, to keep assembly and manufacturing operations running at or near pre-COVID levels despite historically high worker turnover and unavailability.

Anderson says HDMA’s Pulse survey has received comments from “a couple of suppliers who say they have managed to increase their total production staff head count to beyond their pre-COVID numbers to account for ongoing losses and, perhaps, to provide for additional flexibility.”

Encouraging employees to remain home if experiencing symptoms associated with COVID-19 have kept workplaces safe, but it also has led to increases in sick time and PTO requests. In an industry where understaffing has been a persistent problem for years, distributors say losing employees for weeks at a time due to COVID-19 quarantines (for positive tests or possible exposures) has been incredibly challenging, despite the necessity.

“We’re doing the best we can with the situation we have but it’s tough, there’s no doubt about it,” says Adam Sadler, vice president, Sadler Power Train. Through strong in-store safety protocols implemented in March, Sadler Power Train has seen little to no virus transmission issues across its four locations.

However, a few workers have been exposed outside of work, and Sadler says every time an employee enters into a 14-day quarantine period it puts a strain on the section of the business in which they work. The struggle is especially daunting if multiple employees from the same store and department are out at the same time.

“That’s been our biggest challenge of the year,” he says.

Losses hit harder in different departments too. An outside sales associate forced into quarantine for contact tracing can still perform most of his duties remotely. The same can’t be said for a warehouse worker or delivery driver. And with delivery requests on the rise, distributors are attempting process increases in delivery workloads with periodic decreases in workers.

Action Truck Parts Vice President Nick Seidel says increases in online orders (and corresponding delivery requests) are among the largest customer purchasing shifts his business has encountered since the pandemic began. Action is working to hire more drivers and increase its delivery efficiency to handle the business transition, but even working proactively, Seidel says there are days when the work nearly overwhelms the available workforce.

“When someone is unable to be here we definitely feel it immediately,” he says. 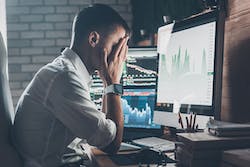 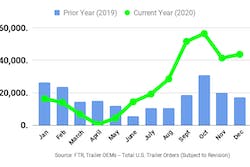 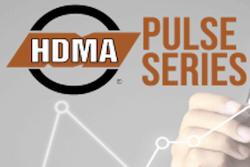 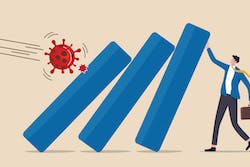