Industry experts presenting in the Supplier Panel discussion, one of three HD Aftermarket Dialogue executive panel discussions, will provide insight into the topics of consolidation in the market place, utility and complexity of components, balance of power in the marketplace, globalization of supply base and the uncertain value chain. Participants in the heavy duty supplier panel will include four executives from industry leading suppliers to the channel.

Pedro Ferro, president of Meritor’s Aftermarket and Trailer business units, headquartered in Troy, Mich., was previously president of Meritor’s Industrial and Asia Pacific, based in Shanghai, China. Ferro joined Meritor in 2001, then joined the Marmon Highway Technologies Group, first as president of Webb Wheel and later as president of MHT Undercarriage group. In 2011 Ferro returned to Meritor. Meritor is a leading OEM and aftermarket supplier of brake, drivetrain, axle and remanufactured products, under the Meritor, Euclid and Mascot brand names.

Mike McGrath, president of Vehicle Service Aftermarket NA for SKF, headquartered in Elgin, Ill., is responsible for SKF’s North American light duty and commercial vehicle aftermarket, and the OE service segment. McGrath joined Chicago Rawhide in 1993, then a division of SKF, as Field Sales Manager for the HD aftermarket group. He held various Sales Director positions in the automotive, commercial vehicle and industrial sales groups inside SKF until 2000 when he was named Vice President of Sales for SKF VSM North America.

Joseph Saoud is president of Cummins Filtration, headquartered in Nashville, Tenn., a wholly-owned subsidiary of Cummins Inc. Saoud joined Cummins, Inc. in 1995 and has served aspresident since April 2008. He has provided key leadership for the company, the world’s leading designer and manufacturer of filtration and chemical technology products for all diesel engine powered equipment. Joseph has had a variety of Operational and General Management roles across several of Cummins’ Business Units globally; in San Luis Potosi, Mexico; the Middle East, residing in Dubai, U.A.E; for the China Filtration JV with Dongfeng, Shanghai and the India Filtration JV, Fleetguard Filters Private Limited.

The day-long conference will also feature a heavy duty distribution discussion panel as well as a panel from the perspective of fleet owners, scheduled between two expert presentations; the North American Economic Outlook to be presented by Dr. Bob Dieli of RDLB, Inc., followed by the Heavy Duty Industry Forecast presented by Stu MacKay of MacKay & Company. The conference will include breakfast, two breaks and a luncheon, each intended to facilitate networking with industry peers, as well as conference books containing presentation materials.

Registration for HDAD’13 is open and can be completed on the HDMA website, www.hdma.org. 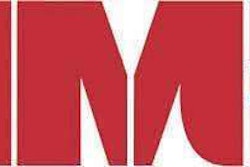 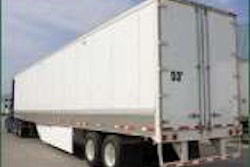 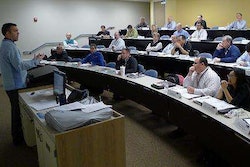 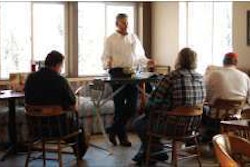