Thanks to a monster March where Class 8 new truck orders doubled their 2017 totals, ACT Research reported Friday that the North American Class 8 truck market had its second best quarter in recorded history during the first quarter of 2018.

Final order totals clocked in at 46,780 units last month, creating an average of 45,400 units for the first quarter of 2018 that is surpassed only by the frenzied EPA 2007 pre-buy in the first months of 2006, ACT Research says.

“Like 2006, 2018 has the same economic/freight component, rising carrier profitability component, and also a significant regulatory component that impacted the broader market (if in starkly different ways),” says Kenny Vieth, president and senior analyst. “An evolving differentiator is the driver shortage, which is moving from a conditional to a structural component of the market, and we would be remiss if we did not acknowledge the powerful force that was the tax cut.”

“We continue to believe that strong demand in the lease/rental market has led to a mini pull forward in demand and expect to see order activity slow meaningfully in the next month or two,” says Vieth. 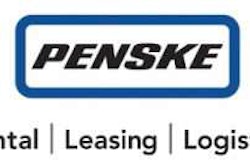 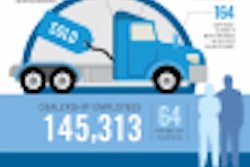 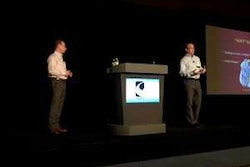 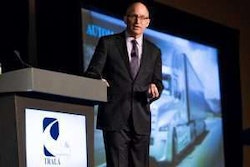