A non-diesel future? To make that a reality, truck makers have some convincing to do 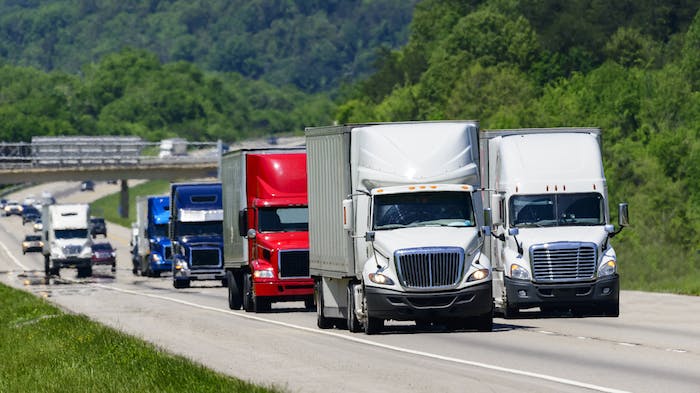 While many OEMs and industry stakeholders press on with their alternative fuel and power initiatives, a recent survey indicates there’s not much of an appetite yet for alt-power equipment among fleets.

More than 97 percent of all fleet respondents reported not having purchased an electric or hybrid truck. What’s more, among them nearly 45 percent said they wouldn’t buy such a vehicle, according to a survey conducted by Trucks, Parts, Service sister publication CCJ, which was conducted to gauge market conditions among fleets.

Of the respondents that have not purchased an electric or hybrid truck but would consider it under certain conditions. Nearly one-third (30.7 percent) would be motivated to buy if the upfront costs were lower, 29.3 percent said higher return on investment, 28.6 percent would consider buying if improvements were made to vehicle design and performance and 19.1 percent of respondents said they would consider the next-gen trucks if they were required through government regulation.

The fleets who did purchase an electric or hybrid truck said they did so because they received a grant or voucher to purchase the equipment (37.5 percent), they wanted to evaluate the technology (25 percent), they felt a hybrid/electric unit would best fit their duty cycle (12.5 percent) and more than one-third (37.5 percent) chose other.

Among the fleets surveyed with at least 10 power units, 96 percent of respondents reported not purchasing an electric or hybrid truck. Among those respondents, 34.3 percent of those fleets said they would not buy a hybrid or electric truck.

Fleets with 10-plus power units could be motivated to buy a next-gen truck if there was a higher return on investment (38.4 percent), improvements are made to vehicle design and performance (36 percent), lower upfront costs (36 percent), if it was required by government regulations (24.4 percent) and nearly 6 percent chose “other.”

Of the nearly 4 percent of fleets with 10-plus power units who have purchased a hybrid or electric truck, 42.9 percent or respondents said their motivation was a grant or voucher to purchase the equipment, 28.6 percent wanted to evaluate the technology, 14.3 percent believed the hybrid/electric unit would best fit their duty cycle and 28.6 reported “other.”

The survey asked fleets which alternative power technology they are more likely to pursue in the future, voluntarily or when/if regulations require it.

If fleets were to incorporate electrification in their business, the survey asked if fleets would be more likely to purchase a traditional diesel powertrain with electrified components (an electric axle, for example) or a full battery electric truck.

Among fleets with 10-plus units, 82.7 percent chose traditional diesel with electrified components and 17.3 percent opted for a full battery-electric vehicle. 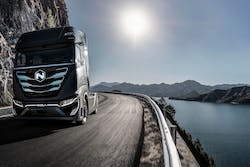 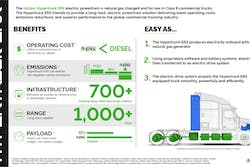 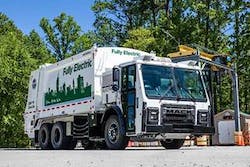 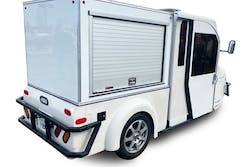