Ev Dynamics, a developer and manufacturer of new energy vehicles (NEVs), has expanded its global reach by entering the growing North American NEV market with a solution for manufacturers of buses, coaches, trucks and vans.

The B2B solution offers Ev Dynamics’ proprietary e-platform chassis that has been designed especially for the rapid development of electric and hydrogen vehicles. The platform is a complete rolling chassis that houses the drivetrain, battery or hydrogen fuel cell and vehicle control unit.

A traditional coach builder can use an existing vehicle body to produce complete NEVs on their existing manufacturing line simply by replacing the petrol-powered frame with an Ev Dynamics e-platform chassis.

“The advantage of our unique B2B solution is that it enables manufacturers of commercial vehicles to rapidly introduce NEVs to their customers,” says Ev Dynamics CEO Miguel Valldecabres Polop. “Our solution can also limit the development costs and regulatory approvals required to establish new vehicle designs and a specialized NEV manufacturing facility.

“Ev Dynamics can help manufacturers overcome such barriers to entry and we can accelerate our own time-to-market by leveraging our NEV manufacturing capability in tandem with their existing traditional vehicle manufacturing and distribution infrastructure,” he says. “So, rather than competing, we collaborate and supply our base NEV system that they can integrate with their existing vehicle designs and manufacturing process. This enables both of us to quickly produce vehicles that are already ideally designed for their particular regional marketplace.”

At the U.S. federal level, in addition to numerous tax and loan incentives for commercial NEV adoption, new mandates enacted this year are aimed at making half of all new U.S. vehicles sold in 2030 electric powered.

Canada has set a mandatory target for all new light-duty cars and passenger trucks to be zero-emission by 2035, moving up the previous target by five years.

“After launching a new international sales effort last year to address these global clean energy trends, we have established several major footholds worldwide,” says Valldecabres. “Given the increasing demand across North America, we view this market entry as a natural extension of our expanding global footprint. Given the legislative mandates sweeping the region, we see the demand for new energy vehicles to soon outstrip the industry’s global production capacity.

“This means significant opportunities for our innovative B2B approach that we believe could make us a leading choice for pre-configured NEV chassis solutions in North America and around the world,” Valldecabres says.

The company has already established a pipeline of partnerships and manufacturing agreements in North America. This includes a major investment in a provider of electric and hydrogen-powered commercial vehicles that will use Ev Dynamics exclusively for all of its NEV manufacturing.

The company is looking to take advantage of the rapid expansion of the global NEV market which has a projected compounded annual growth rate (CAGR) at 16.8%, potentially reaching US$286.3 billion by 2027. In the U.S. alone, the electric bus market is expected to grow at a 58.4% CAGR to reach US$2.7 billion by 2024. 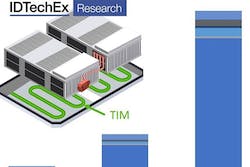 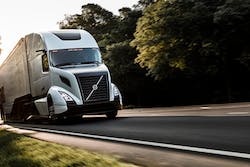 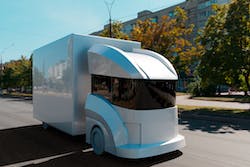 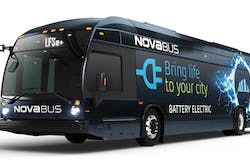