Maximizing fuel economy is a major goal for fleets in today’s trucking environment.

Diesel prices have more than doubled in the last decade, and even with a subtle slide in the latter half of 2013, today’s diesel prices are still nearly a dollar higher than they were before the recent recession.

With current prices approaching $4 per gallon, fleets have recognized diesel fuel is simply too valuable to waste. As a result, fleets nationwide are aggressively searching the marketplace for products and strategies to help improve fuel economy and save money.

One area where this can be seen is the rise in popularity of aerodynamic trailer products.

Aerodynamics has been a significant factor in tractor body designs for decades. But maximizing the aerodynamic properties of a combination rig takes more than just front end improvements.

The trailer matters, too.

“The most aerodynamic shape is the teardrop, with a wide front end that becomes slender in the back, but with today’s trucks pretty much everything is reversed,” says Natalie Melomed, senior business analyst at VorBlade. “A lot of work has been done on the tractor but not the trailer.”

Recently that has started to change.

One of the earliest aerodynamic products to debut in the commercial truck market was the trailer side fairing. Commonly known as side skirts, these products are long flat panels that attach to the underside of a box or reefer trailer, minimizing air movement under a trailer on the move.

Paul Hegdahl, business development manager Ridge Corporation, maker of both the Freight Wing and Green Wing side skirts, says his company’s products reduce drag under the trailer by minimizing the amount of air hitting the trailer’s rear axle when in use.

Melomed says her company’s VorBlade works as a small scale vortex generator strategically placed on the roof of tractor and trailer. As the tractor drives down the road, air is pulled into the VorBlade and shifted to create a stable vortex of air contrails. Melomed says this stabilizes the trailer against head winds and cross winds and minimizes drag.

At ATDynamics, CEO Andrew Smith says his company has zeroed in on minimizing the low-pressure center created behind a box trailer to improve fuel economy with its Trailer Trail product. Smith says ATDynamics’ product is affixed to a trailer door or frame, and opens automatically when a vehicle reaches a certain speed, creating an artificial tail similar to the back end of a teardrop.

Mitchell Greenberg, chief commercial officer at SmartTruck Systems, says his company’s under tray systems also are engineered to combat the low-pressure center behind a truck. By pulling from under the trailer into the area behind the trailer doors — bypassing the rear axle in the process — SmartTruck is able to increase the energy found behind the truck and reduce trailer drag.

These product design differences still lead to similar end results. The products listed above are all EPA SmartWay verified to save fuel, and for commercial trucking rigs on the highway, the manufacturers say estimates can range anywhere from 2 to 12 percent.

While those numbers clearly turn heads, Mike Roeth, executive director of the North American Council for Freight Efficiency (NACFE), says it’s the accessibility and breadth of options that have helped aerodynamic trailer products take off in today’s marketplace.

“A lot of this technology was intentionally designed to be something you could retrofit,” he says. “That’s been a big key. With some other [fuel efficient] products when a fleet decides they want to use something they have to wait for a truck builder to offer it. It takes months before they can use it.”

“The current devices are on the market are all extremely easy to install,” he says.  “It doesn’t take much time and the truck is back up and running.”

But Roeth adds that user-friendliness alone is not responsible for the growth in popularity in these devices. To reach the levels of industry adoption some of today’s technology has achieved, the products have to work.

“As costs are coming down, reliability and quality are going up,” he says.

“I think we’re at a transition point,” adds Greenberg. “The past three or four years have been a trial period for all types of aerodynamic trailer products. I think at first fleets were skeptical, but now after trying them I believe there’s starting to be a general consensus out there that these products save fuel.”

But in promoting these products in the aftermarket, Roeth says it’s important to educate customers on the factors necessary to achieve maximum fuel economy benefits.

Aerodynamic trailer products are engineered to save fuel by eliminating drag on fast-moving, stable combination tractor-trailer rigs. Melomed adds that when it comes to fuel economy, five and five doesn’t always equal ten.

“There’s a misconception out there that if a customer puts every aerodynamic product on their rig they can add all those percentages together and that’s not true,” she says. “Just because you add two [products together] doesn’t mean you’ll double your savings. You’ll see a steadier savings but there’ll be some overlap.”

Educating customers about these truths should only help build industry acceptance, says Smith.

“The trucking industry is known to be skeptical of new technologies,” he says. “At first there were a lot of customers who did pilot programs [with aerodynamic devices], but now more and more are just spec’ing them in from the start. No one questions the importance of trailer aerodynamics anymore.”

Greenberg attributes that to positive word of mouth in the fleet community.

“Word of mouth is starting to assist the aerodynamic sector a lot,” he says. “Fleets are talking to colleagues and finding out what they’re trying and are willing to take a chance” based on their discussions.

“I think generally it’s accepted that there are fuel savings to be had,” adds Hegdahl. “We believe the market is going to see a continued adoption of these products.” 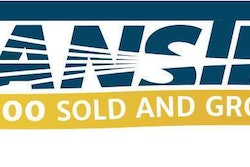 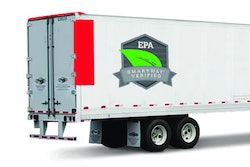 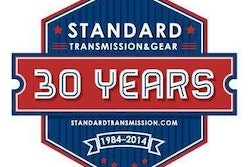 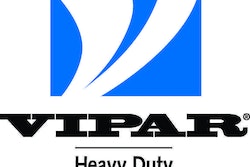