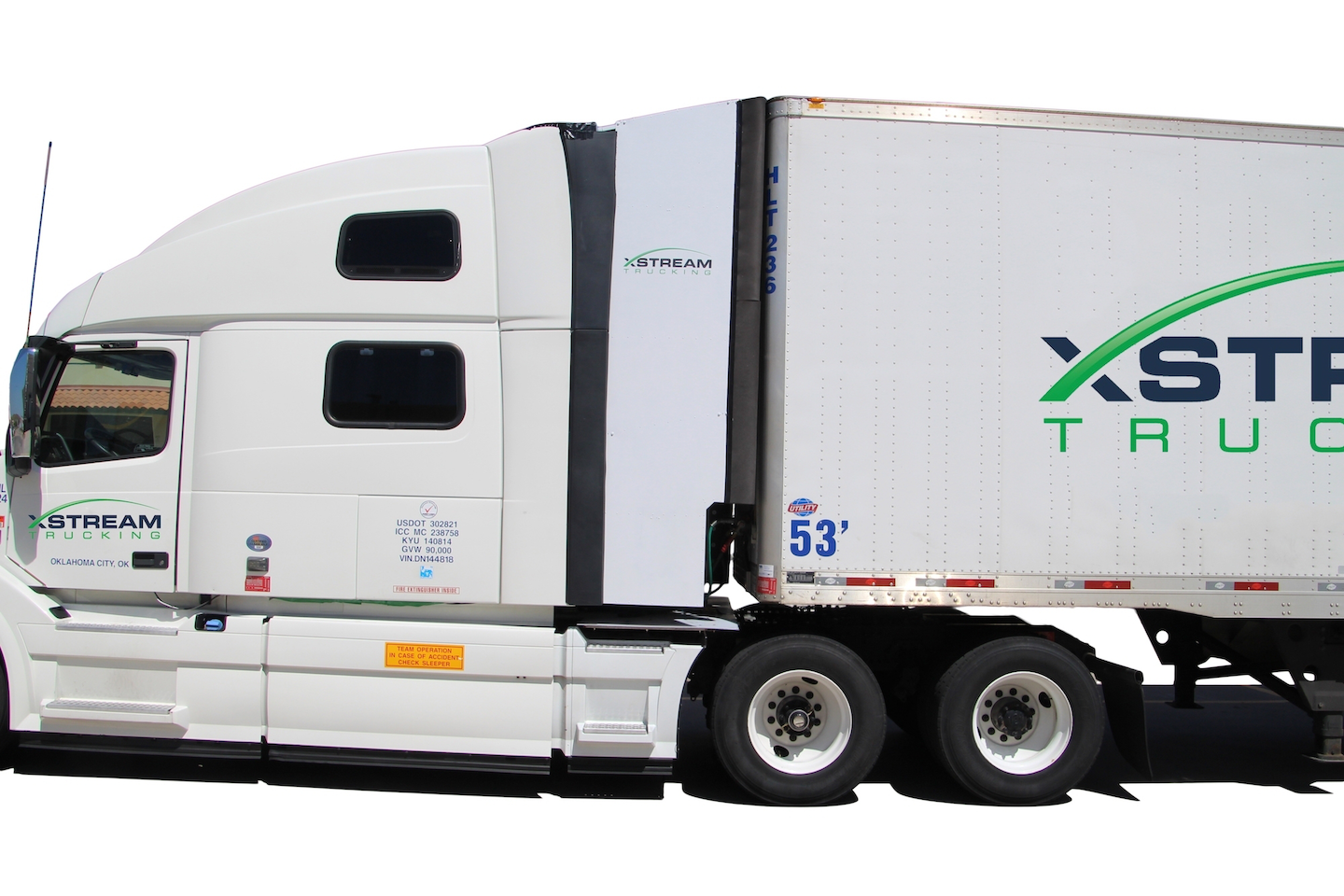 “There have been significant investments made in improving truck aerodynamics in other areas,” says Daniel Burrows, XStream Trucking’s founder and CEO. “TruckWings is the first device which completely solves the turbulence problem created by the open area between the tractor and trailer that contributes significantly to a truck’s overall aerodynamic drag. Since two thirds of a truck’s fuel bill is spent overcoming that drag, there is a huge savings to be had by reducing it.”

Burrows says because the gap is needed for low-speed maneuverability, TruckWings’ patented design, developed through years of wind tunnel, track and road testing, is devised to work at highway speeds, automatically deploying large panels to cover the sides and top of the tractor-trailer gap. The panels, made of high-impact, glass-reinforced composites, create a continuous connection between the truck and trailer that allows the air to flow smoothly over the entire length of the truck. When the truck slows down, the panels retract without driver intervention, providing the necessary clearance for turns at any angle, the company says.

“The exciting thing about TruckWings is that it is the first solution to automatically and completely enclose the sides and top of the tractor trailer gap,” said Mike Roeth, executive director of the North American Council for Freight Efficiency (NACFE). “This gap area presents as much as a 5 percent opportunity with little to no other solutions available for truckers today. We performed their first independent on-road fuel economy test in 2016 and XStream has always taken a very customer led, data driven product development approach.”

Burrows adds, “We see TruckWings performing particularly well on routes with high winds. Crosswinds push a wedge of air flow into the gap area, hitting the front of the trailer direct on. TruckWings cleanly prevent this buffeting and this is where we see our highest fuel savings. Drivers feel the improvement in windy conditions and report much smoother rides with less lane drift.”