Auto Care and HDDA President and CEO Bill Hanvey says the comprehensive plan was developed to address problems existing within both markets.

Hanvey says the plan is built on four key strategic pillars: data, market intelligence, education and advocacy. Together, he says the quartet will allow Auto Care and HDDA to best tackles the aftermarket’s largest challenges.

Data: Hanvey says the heavy-duty independent aftermarket has requested data standardization, and HDDA has responded by partnering with Pricedex Software to build product data standards. Now two years into their efforts, Hanvey says HDDA hopes to introduce its first iteration of the standards later this year.

Market Intelligence: Hanvey says the organization also plans to increase the heavy-duty portion of its industry Fact Book in an effort to “enable our members to make better business decisions,” Hanvey says. Other intelligent initiatives will include semi-regular monthly indicators reports as the group works better analyze aftermarket trends impact its members.

Education: Auto Care Association also has dedicated members of its staff to address the widening talent gap throughout the vehicle aftermarket. Hanvey says the association plans to develop a heavy-duty networking group to complement its Young Automotive Networking Group (YANG) and is investigating other avenues to build recruitment, retention and training for the aftermarket.

Advocacy: This is another big one, Hanvey says. The aftermarket’s presence in Washington pales in comparison with the OEM community, and Auto Care wants that to change. Hanvey says the group plans to enhance relationships with legislators at the regional, state and national levels and show the government how important the independent aftermarket is to transportation, and the national economy. “The economy would not function without what we do every day,” he says. “We need our voice to be heard.”

“We’re interested in being the pioneers of the development of these heavy-duty specific programs with the help of the industry,” Hanvey adds. “Heavy-duty asked, we listened. In the end, we’re here to help the industry prove success in terms of time saving, efficiency and increased margins through these programs.” 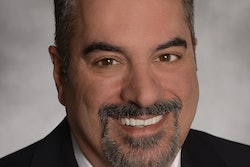