DeCarolis Truck Rental is celebrating its 80th anniversary of being in business this year, says Chairman Paul DeCarolis.

With locations in Rochester, Buffalo, Binghamton, Elmira, Geneva, Henrietta and Syracuse, the company was founded by Louis DeCarolis, Sr., in 1938, when he purchased a truck to give rides to workers to and from farmers’ fields.

In the early years, DeCarolis specialized in heavy-duty trucking and outside repairs, sometimes renting out its own equipment to customers. Later, the company added a truck terminal and expanded into warehousing in the 1950s. The business grew quickly with the addition of a truck stop, a Diamond Reo truck dealership, a Thermo King refrigeration franchise, and a leasing and rental company. Louis, Sr. died in 1961 and was succeeded by his two sons, Louis J. and Paul. Tragedy struck in 1966 when Louis J. was killed in a plane crash and Paul “came out of the shop” to assume the presidency.

Over the years, the company has evolved into becoming a provider of transportation services with a concentration on full-service leasing and truck rental as the fleet and equipment needs of clients grew. DeCarolis added its heavy-duty parts business in the 1980s.

“We are proud to be part of the fabric of the communities in which we operate,” says Michael Margarone, president at DeCarolis Truck Rental. “And our plan is to continue to evolve our product and service offerings to meet the needs of the transportation industry here and across the northeast. We are grateful for the support and commitment that our customers, vendors and employees have demonstrated over the years.”

DeCarolis officially celebrated the company’s anniversary on Aug. 23 with employees, customers and vendors joining for a picnic at the company headquarters on Colfax Street. 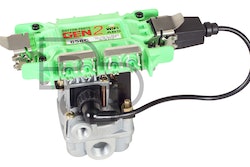 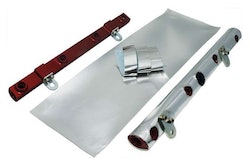