Cook Brothers Truck Parts was founded in 1918, after Everett D. Cook joined forces with the Brockway family in 1918, establishing Binghamton Brockway – bringing a Brockway Truck dealership to the Binghamton market. Once he was old enough to join the company, Everett’s son Henry Cook, Sr., became a lead truck mechanic and helped the business survive through the tumultuous 1930s.

Henry Sr. received a deferment from the draft when America entered World War II because of the importance of the domestic trucking industry. Henry’s brother Charles, who was a licensed airplane pilot, was drafted but was unable to join the armed forces because of a medical issue. Henry felt that the Cook family had a duty to serve their country, so he convinced his brother to become his partner in Binghamton Brockway so he could join the war effort. Through this act of patriotism, Cook Brothers Truck parts was born.

When Henry returned to Binghamton at the conclusion of World War II, the company continued to grow and prosper. Cook Brothers added major vendor lines and increased the number of employees to help serve the needs of the growing local customer base.

In the 1970’s, a third generation of Cooks became involved in the family business when Henry’s son, Henry Jr., joined the organization. In 1977, Robert Seyerlein joined the organization and together with Henry Jr., started planning the course for the future. As the company continued to grow, additional space was needed, and in 1978, Cook Brothers built a new warehouse to handle the increased parts business in the heavy-duty truck market in the southern tier of New York State. The company also sought to widen its impact in the truck parts market by opening parts stores in Pittston, Pa., and Elmira, N.Y. The new Pittston store allowed Cook Brothers to service customers in Wilkes-Barre and Scranton, Pa., while the Elmira store allowed Cook Brothers to expand its footprint across the southern tier of New York.

In 1988, the final member of the current ownership team was added when Michael Venuti joined the organization. The 1980s saw further expansion for Cook Brothers as they also opened its Express Gears operation to address the need for a rear axle and transmission portion of the business.

Cook Brothers continued to increase its parts business in the 1990s by establishing additional locations throughout New York and Pennsylvania and also ventured into the leasing business, starting its own truck leasing company called NEC Leasing, which eventually became a part of the NationaLease organization.  As a means to provide their current customers base additional product options and to diversify into new markets, Cook Brothers added an industrial supply division located outside the Scranton, PA area aptly named Cook Brothers Industrial.

For all the new technological advances and all the changes that have occurred in the industry, the company says one thing has remained the same – the relentless pursuit to provide the very best parts and services to its customer base.  Throughout the years, the management team at Cook Brothers has strived to be the one-stop shop for the trucking industry.

“For all your truck parts needs” has been the company slogan and serves as a reminder to all our employees why we are all here, the company says. Having never lost sight of that goal, Cook Brothers now operates nine locations as one of the largest truck parts distributors in the northeast and has full service driveline facilities, hose manufacturing and repair and leasing to serve all our customers’ needs. 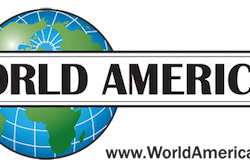 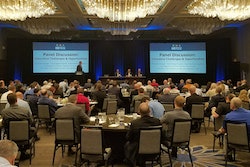 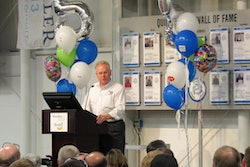 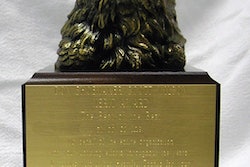