The Commercial Vehicle Solutions Network (CVSN) board of directors has decided to honor two industry icons as co-recipients of the organization’s 2019 President’s Award. Steve Crowley from VIPAR Heavy Duty and Pat Biermann from HDA America will each be receiving the President’s Award for their many years of service to the heavy-duty aftermarket industry.

Crowley began his career in the parts business in the 1970s working at a NAPA store and later as part owner of a NAPA store. After selling his interests in that store, Crowley’s heavy-duty aftermarket experience began at Schien Body and Equipment as a regional sales manager in their parts operation. He then joined Chicago Rawhide in 1981.

Crowley spent nearly 17 years at CR/SKF (most of that time as the director of sales for the heavy-duty aftermarket) then left in 1998 to help develop a new company, QDS Partners (today known as FleetPride). His time at VIPAR Heavy Duty began in the year 2000 where he first started as the executive vice president, and then became the president of the company a couple years later. Not long after that he was named CEO. Crowley officially retired from VIPAR at the end of 2017.

“I believe we are very fortunate to work in an industry where personal relationships still matter. Along the way I have been lucky to have had some great relationships that made my 40+ years in this business fly by,” says Crowley. “I greatly appreciate the board of CVSN recognizing my contributions to the heavy-duty aftermarket.”

Biermann started his career in 1982 when a group of 10 heavy-duty industry distributors hired him to start HD America, the first heavy-duty marketing group. Over the years HDA became an industry leader and was a force to be reckoned with. Today, as the organization (now known as HDA Truck Pride) continues to grow, so too has Biermann’s involvement all corners of the heavy-duty aftermarket.

“My time at HD America was quite a ride and it is quite humbling to be honored as a recipient of the President’s Award from CVSN. Throughout my career I have been fortunate to have been associated with bright, forward thinking people from the independent heavy-duty aftermarket and I can honestly say that my true friends come from this industry,” says Biermann.

The President’s Award, which honors those individuals who have contributed greatly to the heavy-duty aftermarket and promoting and supporting the independent aftermarket distributor, will be presented at the CVSN Aftermarket Distribution Summit in September. 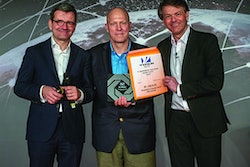 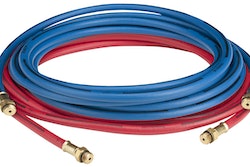 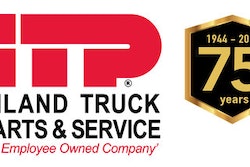 Bendix to hold training courses in five states in April