SKF announced Tuesday it will consolidate three facilities into one and invest approximately $50 million in strengthening its manufacturing footprint and competitiveness in North America.

“These investments illustrate SKF’s commitment to better serving customers in the region and will improve both our flexibility and competitiveness,” says John Schmidt, president, Industrial Sales, Americas. “While this is an essential step for SKF, we do not take decisions that impact our employees lightly. We are deeply appreciative of our employees in Avon and North Charleston and we are committed to fully supporting them as they transition to roles outside SKF.”

Adds Kent Viitanen, president, Bearing Operations, “These investments represent the next steps in developing our regional manufacturing capabilities. The investment in Sumter will be the first implementation of our automated manufacturing technologies within the slewing bearing cluster and we are very excited to be able to capitalize on the benefits it will bring.”

The investments and consolidation announced Tuesday will take approximately 12-18 months to implement and will result in a reduction in staff of approximately 115, with associated restructuring costs amounting to $4 million which will be accounted for during the third quarter of 2020, the company says. 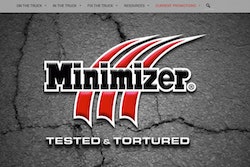