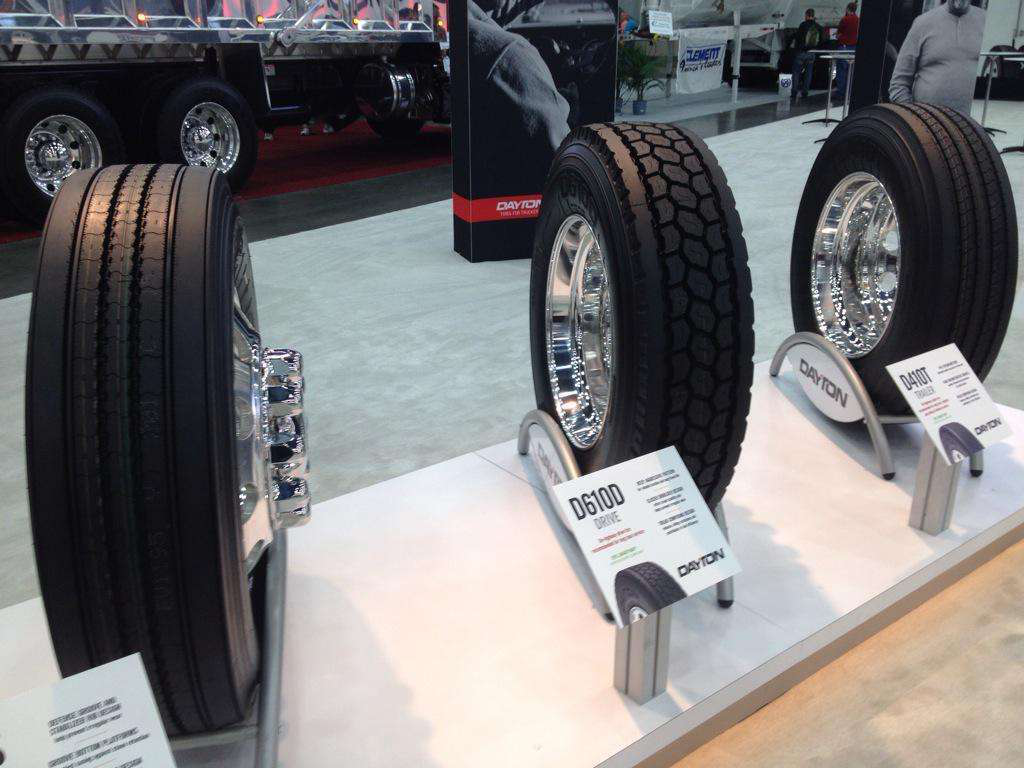 After falling dormant for the past several years, Bridgestone is breathing new life into its Dayton Truck Tire brand.

Matt Loos, director of truck & bus marketing for Bridgestone Commercial Solutions, says Dayton was brought back from the abyss as an owner-operator and small fleet tire.

Bridgestone rolled out eight new tires to bring the campaign push to life and put a marketing tag line of “Tires for Truckers” behind it.

“[The campaign] is all about respect for the drivers,” Loos says, “and we don’t call them drivers. They’re truckers.”

Dayton is also the central focus of the Bridgestone booth at the Mid-America Trucking Show in Louisville, Ky. this week.

“That’s really a change for us,” he says of putting the brand center stage, “but we want to get it out there and show the truckers what we offer.”

Loos says the tires were designed to be a high-quality tire yet affordable tire.

Loos adds the Dayton casings can also easily be retreaded.

“It’s a very high-quality casing,” he says. “This isn’t a ‘cheap’ or poorly made tire. It’s a well-made tire with a friendly price-point.”