Corporate acquisitions increased in volume and scope in May, with dealer groups, suppliers, aftermarket chains and key vendors all making essential transactions to strengthen their operations.

May also saw a major uptick of internal sales, with two company's transitioning to an employee stock ownership plan (ESOP) and others earning key investors to better position themselves for the years ahead.

The first acquisition of the month came from TEC Equipment, which expanded into the Great Plains by picking up four locations across three states. The move adds three Volvo stores and a Hino operation to the TEC Equipment network. “This acquisition of franchise rights that include South Dakota, Nebraska and 30 counties in western Iowa means we can now serve our long-haul customers as they make their way across the country via I-80,” said David A. Thompson, TEC founder and president.

Boxwheel Trailer Leasing was next in line to grow. The company announced on May 4 it had added a location in El Paso, Texas, previously owned by Fleet Trailer Leasing. “Fleet Trailer has a long history in the El Paso and Juarez markets and is widely respected in the industry,” said Boxwheel Co-Founder Mike DiPaolo. “We'll continue to provide the exceptional service Fleet Trailer customers are accustomed to and look forward to continuing and building strong relationships with El Paso/Juarez-area customers.”

Suppliers also expanded in May.

On May 5, Husky Corporation announced its acquisition of New York-based Kinetic Laboratories and the K100 product line of gasoline and diesel fuel treatment additives. “The K100 product line is an excellent compliment to all our current offerings for fuel dispensing, automotive, and transportation customers,” said Grenville Sutcliffe, president, Husky Corporation. “This acquisition fits extremely well with our company growth strategy.”

In the aftermarket, FleetPride announced its fifth acquisition in as many months, purchasing T&R Towing and Service Centers of Bath, N.Y. “We are thrilled to welcome everyone at T&R Towing and Service Centers to FleetPride,” said Cory Anderson, FleetPride general manager and vice president of service. “T&R has become a go-to destination for drivers and operators looking for service in southern New York. We look forward to carrying on their outstanding legacy.”

May also was the month of the ESOP. Total Truck Parts was first to announces its transition into an ESOP on May 16, a move that will be finalized on May 31.“This is all about what is the best choice for the employees and the best strategy for the company," said Marc Karon, president and co-owner through May. "The employees made this company successful and deserve to receive the reward that comes from ownership."

BBB Industries was next to change, as it was acquired by Clearlake Capital Group, L.P., with continued investment by Genstar Capital (Genstar) and BBB’s management team. “I have long admired Clearlake’s strong record of success and look forward to partnering with the team as we continue the company’s evolution,” said BBB Industries CEO Duncan Gillis. “I thank Genstar for their great partnership over these past years and for continuing to demonstrate confidence in BBB with their ongoing investment in the company.”

Karmak was the second company to go ESOP in May. The company announced its transition after prior owners and founders Richard and Linda Schien retired earlier this month. “Keeping the business in Carlinville and providing stable, technical employment for local people has always been a top priority for our family,” said Richard Schien. “We’re really proud to provide our community with the opportunity for growth, and this will continue even in my retirement.”

Meritor also announced acquisition plans in May. The company has entered into an agreement with Siemens to acquire its Commercial Vehicles business for approximately $200.6 million in cash. “The Siemens Commercial Vehicles business offers capabilities and technology that will enhance our ability to offer superior electric solutions to the global commercial vehicle market,” said Meritor CEO and President Chris Villavarayan.

The proposed Cummins acquisition of Meritor also took another step forward in May, as it was announced Meritor's shareholders voted to approve the acquisition. More than 57 million votes were cast in favor of the deal (99.76 percent), compared to just 137,525 opposed.  "The strong support our shareholders have expressed for this transaction reflects the compelling value and important opportunity to shape the future of powertrain components and accelerate development of electrified power solutions for commercial vehicles," said Villavarayan. 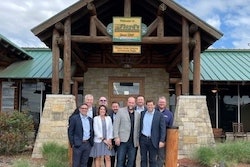 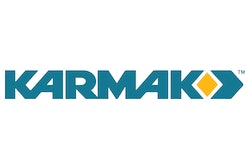 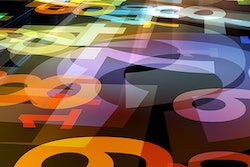