Inflation shakes supplier confidence in outlook for remainder of 2022

Suppliers are feeling overall uncertainty regarding what they view as the greatest challenges to their business in 2022, according to Wednesday’s Heavy Duty Manufacturers Association (HDMA) Pulse Webinar.

Richard Anderson, senior director, Research & Analysis, HDMA, said since the Pulse poll began more than two years ago, “this is by far the most even split we’ve ever had between four different issues.” The Pulse poll surveys members which are made up of the commercial vehicle supply market.

Of the greatest challenges to their business, 30 percent reported raw material and component availability, 26 percent said inflation in business costs and 22 percent reported freight and logistics as well as labor availability. “Freight and logistics are popping up and has been a pretty a consistent issue throughout the report, much more so than previous reports,” Anderson said.

Concerns over inflation continue to rise among HDMA members, who report it’s currently the most important factor in their capacity planning decisions.

“Inflation was hardly on anybody’s radar at the beginning of the year compared with other issues. Now, people are looking forward to what they will be doing for the next six months, and the No. 1 concern is inflation. We have seen that [concern] rise very quickly,” Anderson said. “We’re starting to see the level of confidence in the medium-term come more into question as those inflationary pressures have risen.”

Anderson highlighted a comment from a respondent he called one of the most salient in the survey: “Sales are still strong, but we’re concerned about the second half of the year.”

In addition to dealing with the effects of inflation, ongoing supply chain disruptions continue to hamper the ability of suppliers to meet full demand, according to the Pulse survey. “We have seen this over the course of the past few months where there has been a cap on what our suppliers are able to do in terms of meeting what the market needs,” Anderson said.

Eric Starks, FTR CEO and chairman, took a global look at what is affecting supply, namely the strong resurgence of COVID in China and the war in Ukraine. Both, Starks and Anderson, agreed COVID is not getting the attention it deserves in the U.S.

In China, Shanghai and Beijing have been in either full or partial lockdown since the end of March because of COVID, which affects a total of approximately 46 million people. Those two regions have a huge impact of what’s going on, with Shanghai being China’s biggest exporter of products to the U.S., specifically, Starks said.

“This is going to create huge issues with trade flow. We already are seeing some supply chain issues. We’re not seeing a huge impact specifically on commercial vehicles but there have definitely been noticeable disruptions,” Starks said.

“The reason we haven’t seen larger disruptions is because we still have freight sitting at U.S. ports trying to come in,” he said. However, once China’s exporting capabilities normalize, “you’re going to see a bunch of ships come over at once and that creates port congestion issues.”

During the webinar, Anderson posed a question to Starks: Which risk to the U.S. economy has the greatest potential to disrupt the business of our members before the end of the year? Is it inflation [affecting] consumer spending? inflation causing a drop in business investment? Vulnerability of the supply chain? Or COVID?

“My initial answer was inflation for the consumer is the big risk and less of a risk is the inflation for business. The inflation is still there, but does it slow down business activity? I don’t think so,” Starks said.

“But we also see the trickle effects from the supply chain and the COVID impact, so this is a vicious circle. The supply chain and COVID impacts continue to increase inflationary pressure for businesses and consumers. When I look at the base economy and say where is that risk, the risk is the consumer inflation because then the Fed and global markets have to combat that. What is likely to impact everybody on this particular call right now, it’s the supply chain issue,” Starks said. 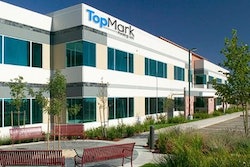 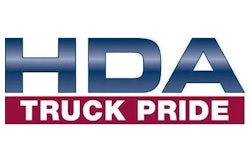 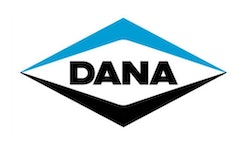