“There is a strong possibility there will be more red dots on this chart,” Dieli says.

The company also monitors other indicators such as employment. Truck transport employment is at an all-time high. There’s also pricing, which Dieli says plays out along the lines supply, demand and revenge.

Revenge? Yes, in terms of where shippers were more in charge of the market, demanding trucks show up when and where they needed them, now demand is such that trucking companies are in the driver’s seat.

MacKay & Company is also keeping an eye on the Federal Reserve. Dieli gave a rundown of how the Fed works and how inflation rates — cited over and over throughout Heavy Duty Aftermarket Dialogue as a leading concern for 2023 — are calculated.

“Some folks this morning said inflation is getting better,” Dieli says. “I beg to differ.”

It’s true, he said, gas and used vehicle prices are improving, but the rest of the index shows at least 5 percent inflation, well above the Fed’s benchmark rate of 2 percent.

“Shelter and food are a continuing problem, along with scattered hot spots,” Dieli says. Because of that, the Fed will continue upping interest rates.

“The floggings will continue until morale improves,” Dieli says.

Strong retail sales recently are helping to increase overall part demand, he says, with Canada slightly behind the U.S. in most categories. Surveys supply MacKay & Company with data that inform the company’s forecasts. The company forecasts 85-86 percent utilization for powered units in the first half of 2023, with the firm taking a more positive stance than the fleets themselves.

The company’s aftermarket index is also positive, showing 14.6 percent growth through November with similar statistics in Canada, though slightly cooler than in the U.S. Parts prices are starting to fall, as are reports of shortages, Kalvelage says.

MacKay & Company forecasts 4 percent growth in 2023. Compounded annual growth of 4.1 percent for 2023-2027. Utilization forecasts for the next year remain flat from where they are now, around 85-86 percent. In parts prices, year over year, the company sees 3.5 percent growth for 2023 and a flat 2 percent until 2027.

“That may be a little conservative,” Kalvelage says. “We think pricing is going to come down.”

He also reviewed the forecasts for 2022. The company looked for 9.2 percent growth and was surprised by an actual growth of 17.7 percent.

“What’s the driver there? For the most part, it’s price,” Kalvelage says, along with higher utilization than expected.

He also discussed the results of a fleet and distributor survey the company recently completed. In general, 2023 concerns mirror 2022: parts availability, labor and price. In general, Kalvelage says he expects pricing to go down and so do shortages in the market. 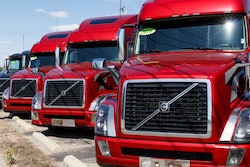 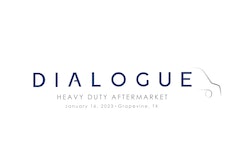 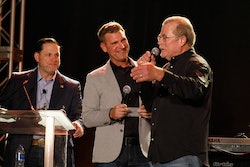