Results of a new study released show major automakers – in fact, most manufacturing companies – could significantly improve their profits simply by improving their supplier relations.

According to the study, Chrysler, for instance, which went through a decade of turbulent ownership changes from 2000-2012 (that included the worst supplier relations ever in 2007-2008), would have booked on average $2 billion more in annual operating profit if, during those years, it had maintained the higher level of supplier relations it achieved in 2011-2012.  This equates to a total of $24 billion in unrealized income over the period.

This Is as Applicable to Distributors and Groups

The study’s author is John W. Henke, Ph.D., CEO of Planning Perspectives, Inc. For the past 25 years, Henke has specialized in studying and reporting on buyer and supplier relations in the automotive and 17 other industries.

“For years, academics and management consultants have suggested companies focused on developing positive relations with their suppliers and other major stakeholders will perform better financially.  Many CEOs and purchasing executives intuitively agree with them,” says Henke.

The study is important because, for the first time, it quantifies three critically important characteristics of supplier relations:

This ‘Partner’ Effect Exists Throughout the Supply Chain

It occurs to me that distributors and groups that really want to improve their profitability over the long term need to re-prioritize their efforts. While adversarial tactics, such as beating up suppliers for lower prices, work in the short-term, they don’t offer nearly the benefit in the long-term that improving supplier relations does.

After 40-plus years in this business, I am convinced that distributors and groups that focus their energy on improving their working relations with their suppliers – working with them as trusted partners for the long haul –will realize much greater profit improvement than any adversarial efforts may generate.

Supplier non-price benefits might include such things as first look at advanced technology, more supplier resources and field work committed to their businesses and higher quality ordering and delivery options.

These can make a significant contribution to reducing supply chain operating costs — including lower warranty and inventory costs – and increased profit per vehicle serviced.  However, until now, the economic contribution of these “soft” non-price benefits had never been quantified.

“Our study proves that the most significant economic impact a supplier has on its OEM customers’ profits comes from the non-price related benefits it brings to the automaker,” says Henke.

“In fact, our calculations show that across the six major automakers, on average, 51 percent of the automakers’ profit per vehicle can be accounted for by the relations the OEM has with its suppliers …This contribution is comprised of supplier price concessions which are as little as 5 percent of the total supplier profit contribution when relations are particularly good.”

The results clearly show that the OEM interested in improving its profitability should definitely look to its suppliers, not to squeeze them for lower prices, but to work toward achieving better relations with them, and by working to develop and then maintain sustainable long-term positive relations with them.

Doesn’t it make sense to extend these efforts throughout the aftermarket? 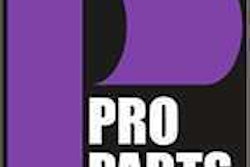