The trucking landscape is changing. I know what you’re thinking; “Again?!”

Change is constant, but in an industry like trucking — one that is regulated in practically every capacity — change is inevitable.

In 2013, 2.7 million medium- and heavy-duty trucks were sold globally. By 2022, that number is expected to reach 4.6 million, according to Sandeep Kar, global director, automotive and transportation research for Frost & Sullivan, who delivered the opening address of the 2014 Commercial Vehicle Outlook Conference (CVOC) in Dallas last month.

Not only will the landscape change, but so will the types of trucks driving across it.

Frost & Sullivan projects that natural gas penetration in North America will reach 16.8 percent in trucks sold in 2022, with diesel engines making up the balance.

The government isn’t the only thing forcing innovations in the market.

Fleet and OE leaders addressed the life cycle of today’s equipment during a panel discussion at CVOC. And while their perspectives varied, their observations were consistent; trucking has become a vastly different marketplace than it was 10 years ago.

Technology and ever-changing needs of a fleet have drastically altered what once was a fairly standardized truck and equipment trade cycle.

With some much innovation coming at fleets (and distributors) at the same time, one-time early adaptors have begun to shy away thanks in part of some failures (like many pre-EPA 2010 trucks) and the sheer volume of innovations.

As efficiency packages have helped cut operational costs of the truck, they have driven up the acquisition price of the unit. Fleets are now looking to make more money with the truck on the road versus worrying about performance on the secondary market.

John Diez, senior vice president, Ryder Dedicated says to get return on investment, companies are going to need to operate that piece of equipment longer.

Dave Williams, vice president, equipment, Knight Transportation, says rising acquisition and maintenance costs have forced fleets to take a closer look at the costs of growing pains when evaluating when to trade for new trucks.

“Historically, acquisition price and re- sidual value have ruled the day,” he says. “Operating costs are a more substantial factor today. We’ve been looking much, much harder at operating costs.”

As Ryder looks to recoup more of its purchase price, Diez says the company’s trade cycle for power equipment have risen nearly a year in the last decade.

Among the industries expected to see a boost by 2022 is telematics; specifically advanced telematics.

In 2011, subscriptions to telematics totaled 102,731 in North America but are expected to grow to 1.21 million sub- scriptions in 2020, Kar says, adding fleets have shown a willingness to add “any technology that reduces operating costs” as long as “they can see the value.”

With the use of telematics rising year-over-year, a market for being able to predict failures before they happen has emerged.

Telematics have become a handy tool in coordinating a failure between the driver, the fleet and repair shop.

Kar says prognostics (a form of advanced telematics) will take that one step further by alerting all three that a failure is imminent, allowing for diagnostics and coordination with the parts and service provider and the fleet before the failure actually takes place.

All of Kar’s predictions are time-stamped for 2022.

Some of it may seem a little to “Star Trek” to be real, but think back to eight years ago. How much of what is happening now — and how much of what we have and see now — would have seemed unrealistic in 2006? 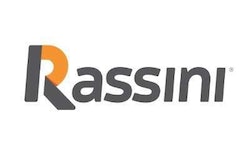