The aftermarket is getting more confusing and more interesting simultaneously. Every couple years we complete a survey with fleets on their awareness of component brands, specifically what we call “value line” brands.

These brands include private label, white box, all-makes or other names — basically any option other than an OE-genuine replacement part. When we completed the first of these surveys several years ago, we listed eight to 10 brands. Originally, we just had truck manufacturer brands and a few component manufacturer brands. We have since seen a proliferation of these brands, and our last survey had 22 of them and I am sure we missed a few.

While those brands are still in the marketplace, several more have been added from component manufacturers, trailer manufacturers, independent parts distributors and truck dealerships. In one form or another, all are meant to provide different options to potential parts buyers.

As you can imagine, we have a wide range of responses on what brands fleets recognize and use. Most fleets run more than one truck brand, which potentially has them exposed to value lines from two OEMs and two truck dealer organizations, not to mention brands they could be exposed to if they work with independent distributors, which most do.

There is the potential for confusion for fleets on what parts brand they should purchase. The seller (be it a person or website) may not effectively determine, or in some cases know, which brand best meets the fleet’s application, profile or buying preference. All these factors come into play — and then add to the mix whether the fleet purchases genuine OE parts. If the proper work is not done on the front end by the seller, the result could be a loss of margin.

Distribution points also are becoming a little more con-fusing. Paccar dealers now have standalone TRP-branded stores. Daimler has similar plans for its Alliance brand. Some truck dealers own independent parts distributors and body shops with locations sometimes outside of their dealership-defined AOR.

I don’t think fleets concentrate on changes in the distribution channel. They want quality parts, availability and good service options. I think it is imperative for distribution businesses to communicate what they offer, especially if it has changed.

I was in Brazil several years ago to re-search that country’s aftermarket. As part of this trip I met with the head of the nation’s truck dealer association, who also ran one of Brazil’s largest truck dealerships. After our meeting, he suggested I speak with another business, which I recognized as one of the largest independent heavy-duty parts distributors in Brazil. He then told me his family owned this business as well.

I remember being very surprised that one of the largest OE dealers was connected to one of the largest independent parts distribution businesses. At the time, I thought this would not fly in the U.S. Now, several years later, I am not sure we will get to see that same business scenario in the U.S., but the lines of distinction among distribution channels are certainly getting blurred. 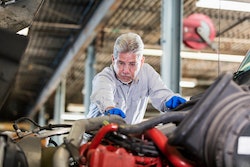