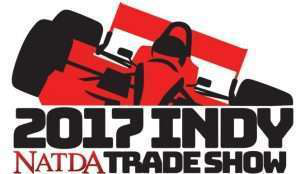 “This year’s technical workshop attendance was phenomenal, even with the unfortunate situations of Hurricanes Irma and Harvey hitting the country,” says Jesse Battle, NATDA executive director. “We had about thirty dealerships that couldn’t make it, but our members’ safety is the most important thing. The association will continue to be a positive resource for those affected by the storms.”

Following the workshops, NATDA says hundreds of dealers took part in five different dealer education courses that covered everything from marketing trends to insurance costs. It was the NATDA Dealership Performance Training seminars that received the most attention, leaving only standing room for interested dealers.

“It was important to me that we acknowledged the people that made this possible,” says Ackerman.  “We’re thankful for the support we’ve been given over the years and we wanted to show that.”

The day was capped off with the Dealer Reception hosted by Redneck Trailer Supplies, where dealers enjoyed food and live entertainment.

This year’s show featured 46 entries in the New Product Display with Gen-Y Hitch taking the top prize for its Torsion Gooseneck Coupler). Second place to The Raynor Company for its Self-Winding Spring Assist for Ramp Doors, and third place to Ready Jack for Trailers for Ready Jack.

The association will return to the Indiana Convention Center for the 2018 NATDA Trade Show & Convention on Sept. 6-8, 2018.