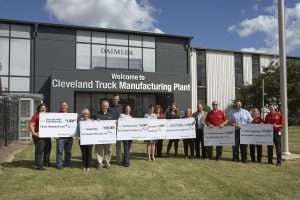 To help the community through its DaimlerCares program, Daimler Trucks North America’s (DTNA) truck manufacturing plant in Cleveland, N.C., donated $100,000 to the Rowan County Chapter of United Way, along with $20,000 in donations to seven other non-profits.

The other groups include:

Representatives from all benefiting organizations were presented with the donations during a lunch ceremony Friday at the plant in Cleveland, N.C.

The money will help the community in several ways, such as the Lego STEM education curriculum, foreign exchange programs and other tools for schools, as well as teen outreach, welding programs, and wreaths for the graves of fallen members of the military.

“Our roughly 1,400 employees at the Cleveland plant take pride in supporting our community,” says Henning Bruns, the plant’s general manager. “We’re glad to partner with these groups and help make a difference.”

Donations made by DTNA are determined by the causes that employees feel most passionately about. In addition to the donations made by the plant in Cleveland, N.C., the company has made significant donations to other non-profit organizations wherever it has facilities, including greater Charlotte, N.C., Detroit, Mich., and Portland, Ore., metro areas.

The company says it also gives each employee two paid days off to volunteer at the non-profit of their choosing and earmarks a half-million dollars annually for its matching gift program.

“The agencies we support served over 70,000 unduplicated citizens in Rowan County last year due to the continued generosity of companies like Daimler Trucks North America,” says Jackie Harris, director of resource development and marketing, Rowan County Chapter of United Way. 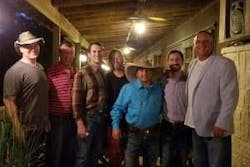 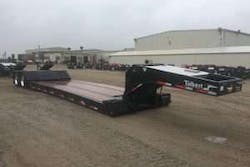 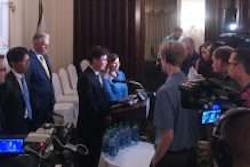 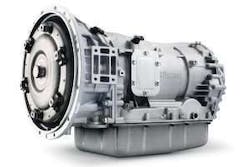