Gansle added to UTA board 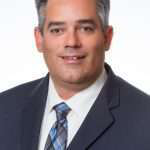 Peterbilt has announced the election of Anthony Gansle, Peterbilt’s director of Marketing and Sales Administration, to the Used Truck Association (UTA) Board of Directors.

Peterbilt is an active participant in the Used Truck Industry, and with the UTA, including organizational sponsorship, facilitating plant tours for its members, and educational webinars on emerging technologies.

“Peterbilt has been a strong supporter of the UTA through its active participation, sponsorship and service,” says Gansle. “Being a member of the UTA is an important part of the overall business of Peterbilt. It gives us an opportunity to educate the used truck community on vehicles and new technologies that will be coming to the used market. It also allows us to receive feedback on specifications and concerns specific to the used truck market. As a member of the Board of Directors, we will have an opportunity to serve the association to a greater extent.”

Gansle added, “Peterbilt’s used truck customers value a like-new Peterbilt truck and the confidence the PACCAR Warranty provides. Since the launch of our Red Oval CPO Program in 2015, we have more than 500 satisfied and repeat customers.”