Performance Truck helps raise more than $200,000 for employees after hurricane

That has been a theme in Houston for two months, where the team at Performance Truck has helped raise more than $200,000 for a group of Performance Truck employees whose homes were badly damaged earlier this year by Hurricane Harvey.

The tragic flooding on the Gulf Coast and wind in Victoria after Hurricane Harvey—along with the damage from Hurricanes Irma and Maria in Florida and Puerto Rico, respectively—have been national news for most of the fall. In Houston, where Harvey’s devastation came in the form of torrential rains, the damage has been especially hard for residents because so much of the storm’s impacted area fell outside of required flood insurance zones. Residents who had little reason to expect or prepare for such devastation were suddenly blindsided by a storm that destroyed their homes and property.

Performance Truck suffered damage on both fronts. Two of the company’s fourteen Texas facilities were heavily damaged by the storm, and nearly half dozen of the company’s employees saw near total destruction of their homes, with dozens more also suffering various levels of damage.

An immediate and unbelievable response from Performance’s employees allowed the business to clean up and quickly reopen in the wake of the storm, and it was during that same period that the dealership’s leadership team made its decision to return the favor.

“We started to get feedback from a lot of our people that they did not have flood insurance because they weren’t in areas that required it,” says Dayne Yeager, CEO at Performance Truck. “So we talked with our management staff and ownership and decided as a company that we were going to do something about that.”

The company quickly sprang into action, helping impacted employees apply for aid through FEMA, the NADA disaster relief fund and in setting up its own non-profit Disaster Relief Foundation. The latter, found HERE, began accepting donations at large, with Performance Truck pledging to match every dollar added to the fund. Thanks to a helpful nudge from Kenworth Truck Company to its dealer and supplier network, the fund quickly took off.

Employee response has been expectedly appreciative, Yeager says, with employees expressing their gratitude and pledging their loyalty to Performance Truck for helping them in such a difficult period.

“They have been pretty emotional. They did not know what they were going to do,” he says.

Yeager says the company’s five employees with total losses to their property have received the largest corporate donations, but that ten other employees also have benefited from the fund. Four employees are still receiving near weekly contributions from the fund, which Yeager says Performance Truck plans to keep open and continue to support in case more funds are needed for future disasters down the road.

In the meantime, he thanks the entire dealer industry for its assistance in supporting his employees.

“We have to thank the industry and its people for the help they’ve provided our employees in getting their lives back together,” he says. 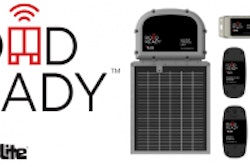 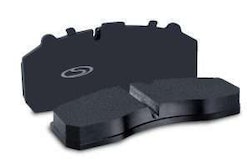 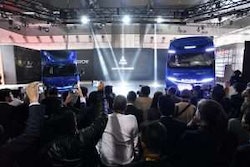 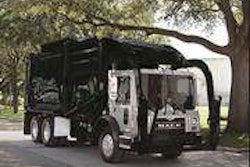