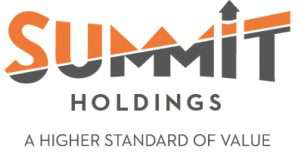 In all, 29 separate awards were presented, including 11 new awards this year. The culmination of the event, and Summit’s 2017 year, was the naming of its Lowell, Ark., location as “Dealership of the Year for 2017” from among the four quarterly location awards. Other locations recog­nized during 2017 as “Location of the Quarter” included Summit dealerships in Ardmore, Okla.; San Angelo, Texas; and Kansas City, Mo.

“We are fortunate to have such dedicated employees who truly live Summit’s vision, which includes striving to provide the best customer experience in the industry,” says CEO Justin Fink. “Each year, we enjoy an evening out with our employees and spouses recognizing the many accomplishments of our team.”

Some standouts from among the award winners include:

The 2017 event was attended by 125 people, including Summit employees who presented or received awards, and their guests. Nearly 1,300 Summit employees are guided by the company’s REACH Values ─ Reward Results, Empowerment, Accountability, Committed and Hero. The annual event shines a light on just some of the employees who live these values throughout the previous year.