Revenues in the quarter were $2.4 billion, up 16 percent compared to $2.1 billion in the second quarter last year. The increase primarily reflects higher volumes in the company’s Core (Class 6-8 trucks and buses in the U.S. and Canada) market, where chargeouts were up 17 percent.

“We had a great second quarter, delivering stronger than expected results by taking advantage of the robust market conditions,” says Troy A. Clarke, Navistar chairman, president and CEO. “The market continues to respond favorably to our new products, especially our LT Series on highway tractor and the 13-liter A26 engine, which helped us capture two points of year-over-year share growth in the Class 8 segment.”

Navistar ended second quarter 2018 with $1.14 billion in consolidated cash, cash equivalents and marketable securities. Manufacturing cash, cash equivalents and marketable securities were $1.10 billion at the end of the quarter. “We are also pleased to report that on a trailing 12-month basis, we were manufacturing free cash flow positive by nearly $100 million,” Clarke adds.

During the quarter, the company launched the International MV Series line of medium-duty trucks. The MV Series launch completed the company’s Project Horizon product refresh, and reflects that initiative’s improved cab design, along with the same driver-centric enhancements already launched in Class 8 vehicles, according to the company.

“We expect to see our medium share improve as we ramp up deliveries of our new MV model in the second half, and we are also expanding our bus product portfolio this summer with gasoline and rear-engine models, says Persio Lisboa, Navistar executive vice president and chief operating officer. “Given this and our strong order performance in Q2, we’re confident we are on track to hit our 2018 goal of increasing our total Core market share.”

In the second quarter the company announced its plans to expand its ReNEWed remanufactured components business product line-up as well as its Fleetrite private label parts business.

Also during the quarter, Navistar demonstrated its electric school bus, chargE, which was developed with alliance partner Volkswagen Truck & Bus, on the road for the first time. The national tour kicked off on the West Coast with a number of demonstrations for customers and government officials in March and April and will visit a number of U.S. locations throughout 2018. Additionally, the company noted that in the first 15 months of operation, Global Truck & Bus Procurement LLC, the procurement joint venture created by Navistar and Volkswagen Truck & Bus, is on track to reach its synergy targets.

Based on stronger industry conditions, the company raised its 2018 full-year guidance:

“The work we’ve done in the first half of the year growing Class 8 share, building our backlog and managing costs, combined with strong industry conditions, positions us to deliver an even stronger second half,” Clarke says.

Truck Segment – Truck segment net sales increased 22 percent to $1.7 billion in second quarter 2018 compared with second quarter 2017, due to higher volumes in the company’s Core markets, higher export truck volumes, an increase in military sales and a shift in model mix, partially offset by a decline in Mexico truck volumes. Truck chargeouts in the company’s Core market were up 17 percent year-over-year.

The Truck segment profit increased to $42 million in second quarter 2018, versus a second quarter 2017 loss of $56 million. The improvement was driven by the impact of higher volumes in the company’s Core markets and a decline in used truck losses.

The parts segment recorded a quarterly profit of $132 million in second quarter 2018, down 14 percent versus the same period one year ago, primarily due to lower U.S. margins, higher freight-related expenses and intercompany access fees.

The Global Operations segment recorded a $1 million profit in second quarter 2018 compared with a $7 million loss in the same period one year ago. The year-over-year change was due to higher engine volumes and cost-reduction actions initiated in 2017. 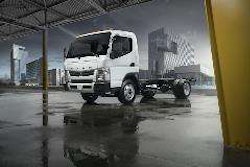 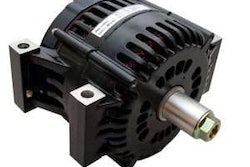 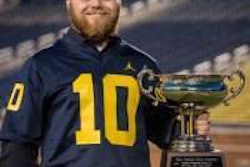 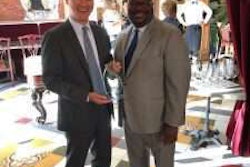