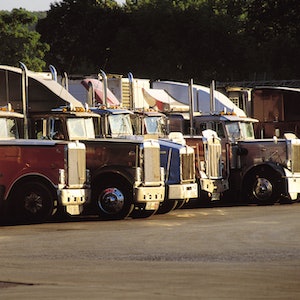 Preliminary used Class 8 volumes dropped 2 percent month over month but rose 51 percent year over year in April. Through the first four months of the year, activity is 29 percent higher compared with the same period a year ago, according to the preliminary release of the State of the Industry: U.S. Classes 3-8 Used Trucks published by ACT Research.

Other data released in ACT’s preliminary report included month-over-month comparisons for April 2021, which showed average prices increased 5 percent, as average miles were unchanged and age grew 1 percent compared with March. Compared to COVID-impacted April of 2020, average price was 45 percent higher, with average miles 3 percent lower y/y and average age down 4 percent. On a year-to-date basis, average price is 30 percent above its year-ago level for the first four months of 2020.

“New truck production and sales continue to conspire to reduce the flow of units into the secondary market, limiting its potential. Comments from dealers as well as classified listings, a proxy for inventory, corroborate the lack of supply that has come to define the current cycle, and the drumbeat of demand shows no signs of easing. As a result, used truck sales prices continue to escalate, with overall Class 8 prices jumping 45 percent from April 2020,” says ACT Research Vice President Steve Tam.

Tam recapped the past year’s activity by saying, “A year ago, staring down the throat of the worst global pandemic in more than a century, who would have thought the discussion would pivot to how we can possibly meet such strong global demand. And yet, here we are, facing problems of prosperity, the likes of which we have rarely seen in the U.S. From synchronized global growth to rapidly rising raw material costs and finished goods prices to COVID-driven labor shortages, consumption and output are in an uproar. COVID-19 has become the catalyst that is both the protagonist and the antagonist in this bizarre tale. As such, it stands to reason that the path of the recovery will be dictated by the disease itself.”