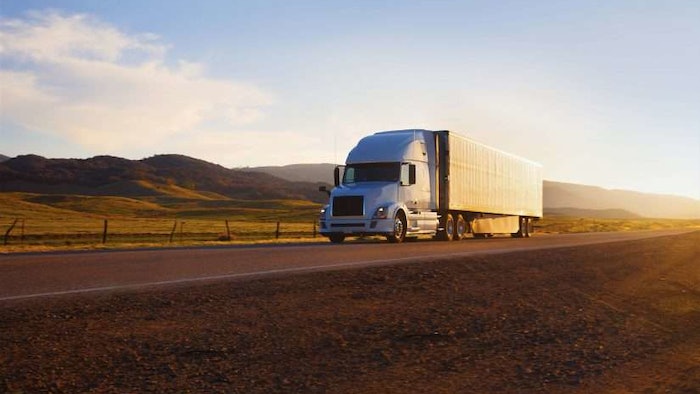 Auction prices were up for nearly all segments despite increases in volume, with J.D. Power's benchmark group of 4- to 6-year-old trucks selling for 5.1 percent more than May. The company also reports late-model trucks have appreciated by 5.3 percent per month thus far in 2021, with pricing in its benchmark model up 85.1 percent from 2020 and 41.5 percent of 2019.

Pricing within the benchmark model was as follows: 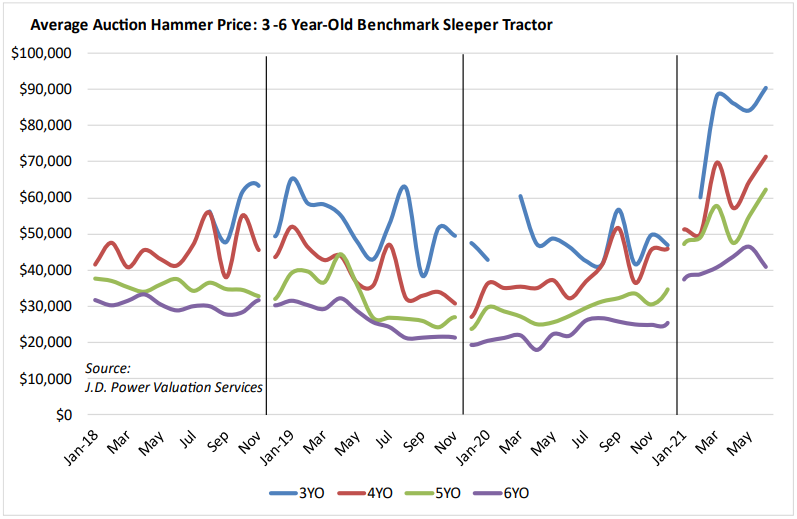 "June’s auction results were a study in contrasts, with lower-mileage trucks bringing stratospheric money and higher-mileage, rougher-condition trucks unimpressive," the company states. "A good number of trucks in that second category were present in the averages above, particularly for model-year 2016 and older. Overall volume was similar to last month, so we’re attributing the lower averages to an unfavorable mileage and condition mix."

The retail market was even stronger, with multiple segment setting records.

Among the most popular retail segment of 2- to 6-year-old trucks, June's pricing averages were as follows:

"The overall value of the used sleeper tractor market, as measured by the average selling price of every truck reported sold, is the highest since at least 2007, which is as far back as our records go," J.D. Power states. "The mix of trucks sold recently hasn’t changed appreciably in terms of age, with 70 months being the long-term average. Mileage is about 7 percent lower than the long-term average of 487,000, but other market factors are more impactful than this minor difference."

The company adds that COVID-era market strength is mainly driven by trucks with average to low mileage, although the rising tide has lifted all ships. 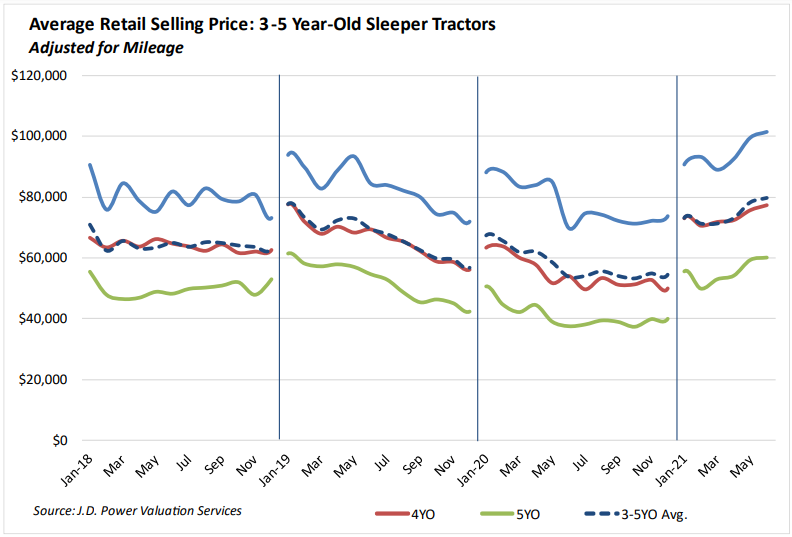 Additionally, J.D. Power says retail traffic was basically unchanged in June with dealers averaging 5.3 trucks per rooftop, just 0.1 truck higher than May. The company says that's 1.3 trucks ahead of last year and 1.1 trucks ahead of 2019, though it would be higher if more trucks were available to sell. The company also expects retail appreciation to continue during the summer but, "later in the year, economic factors should start moving back towards trend and truck availability should expand somewhat, limiting price appreciation."

The three medium-duty segments have recorded price appreciation of 2.0 percent, 3.7 percent and 3.4 percent per month, respectively, in 2021.

Throughout this year, J.D. Power has viewed Q3 as the earliest potential inflection point for the used truck market returning to normal levels but now that the calendar has reached July, the company says the industry's hot streak could continue a little longer.

"We continue to look for an increased volume of fleet trades at auction, and as of this writing in mid-July, we’re not seeing it. Aged and well-used trucks are perhaps showing up in greater numbers, as are daycabs. This activity is what we would expect to see in the very early stages of a return to a normal trade cycle, but for now we’ll just keep an eye on it," the company reports.