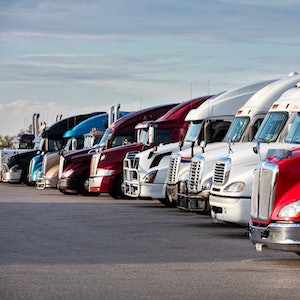 The law of supply and demand has created a scarcity situation for used Class 8 truck sales, according to ACT Research’s State of the Industry: U.S. Classes 3-8 Used Trucks.

Preliminary used Class 8 volumes dropped 6 percent month-over-month and 12 percent year over year (y/y) in June. Through the first six months of the year, activity is 23 percent higher compared to the same period a year ago, ACT reports.

“The industry is starting to see tougher comparisons since it did not take long to shake off the immediate effects of COVID-19. Year-to-date gains also started to erode, slipping nine percentage points, to 23 percent. The drop in sales was counter to seasonal expectations, which called for about a 10 percent increase. However, lack of inventory continues to hamstring sales efforts,” says ACT Vice President Steve Tam.

Regarding used truck prices, Tam says, “For the first time since we started following the used truck market almost 20 years ago, the average price of 3-year-old trucks with 300,000-400,000 miles on them broke the six-figure barrier. The feat is made even more impressive when one considers prices for these late model trucks started the year at just over $70,000.

“Arguably, the trucks did not change to justify the increase in price. Rather, the simple law of supply and demand has created a scarcity situation, and there is no viable substitute to the venerable Class 8 truck. Hence, prices are through the roof, with no relief in sight,” he says.