Counterfeiting is a multi-billion dollar business, and you can find knockoff truck parts just as easily as phony Gucci bags and flimsy Oakley sunglasses.

According to the ATA’s Technology & Maintenance Council’s (TMC) Counterfeit Parts Task Force, it’s hard to estimate the counterfeiting’s exact financial impact to the trucking industry, but based on Federal Trade Commission reports “counterfeiting represents a $12 billion per year problem for the entire automotive industry.”

Jane Clark, Vice President of Member Services for NationaLease, says costs from counterfeit parts are measured by more than dollars.

“Fakes are made to look the same as an OEM or legitimately re-engineered aftermarket component, not necessarily perform the same,” she says. “They are often constructed of substandard materials that easily succumb to shear and other weather and road related issues.”

According to TMC, a single counterfeit brake valve can decrease the overall performance of a truck’s brake system. Brakes are a favorite target of counterfeiters who often use sawdust as filler material in the braking compound.

“Imagine if one of your vehicles, carrying a full load, has a compromised braking system,” Clark poses, adding that in India, it is estimated that up to 20 percent of all road accidents are due to counterfeit parts. In Saudi Arabia, the estimate is that 50 percent of all traffic accident deaths are due to these fake parts.

The World Bearing Association created its Stop Fake Bearings platform to educate customs officials about ways to spot counterfeit bearings. Not only do counterfeit products hurt a company’s profitability, they can expose everyone whose touched the phony component to liability – except the person who sold it.

“If accidents occur, here in the U.S. or abroad, it’s the shop owner, the distributor, and the fleet owner who are held legally responsible, not the counterfeiter,” she says.

Because almost all of the counterfeit parts are manufactured overseas, Clark says there are limits to what government agencies can do to control it. Sophistication of the counterfeiting process has even made catching more difficult.

“With new technologies, counterfeiters are able to match paints and create packaging, labels, and security codes that are almost indistinguishable from legitimate parts and undetectable by many shop owners and technicians,” she says. “And with so many businesses trying to control costs, this is the perfect opportunity for counterfeiters to sell their goods.”

“Cheapest is not always the least expensive. It’s all about the cost per kilometer,” Stephane Godbout, Vice President of Fleet Management for Location Brossard NationaLease in Quebec, says. “Fifty percent off may not turn out to be the deal of the century. Companies have to be proactive, not reactive. They have to know what to look for, especially when the price seems too cheap. The biggest issues occur with brake parts. A counterfeit brake drum may be only half the weight of the legitimate part. But you need to have good, capable parts and shop managers who have knowledge about what they’re installing. We make sure we know what to look for and keep our people informed as to why we put our trust in such a part or a brand. We are always suspicious if something seems too good to be true.”

So what can you do to keep counterfeit parts from showing up on your shelves? Cleck suggests the following guidelines:

Price – If prices seem to be relatively consistent across the industry and you find this amazing deal, you might be smart to just walk away.

Suppliers – You probably have suppliers you’ve been dealing with for years; suppliers you trust. Stick with them. Most reputable manufacturers sell directly to distributors through their own reps. Purchase brand name parts made by full service aftermarket suppliers who stand behind their products.

Quality issues – Pay very close attention to detail, especially if the country of origin is different than what you would expect. Does the product feel too light or too heavy? Is the color correct? Does the company logo look slightly different than normal? Make sure to check the part numbers and RMA codes. Last but not least, if you’re not sure, call the manufacturer directly.

Installation problems – The product looks right, but it doesn’t fit the way it’s supposed to. Again, call the manufacturer directly. 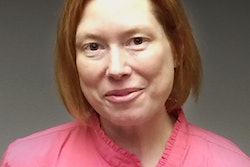 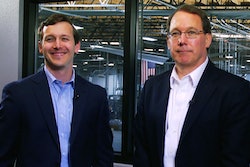 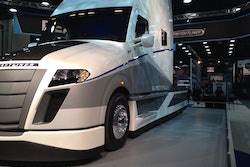 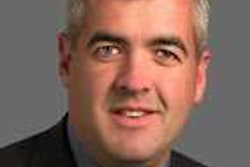