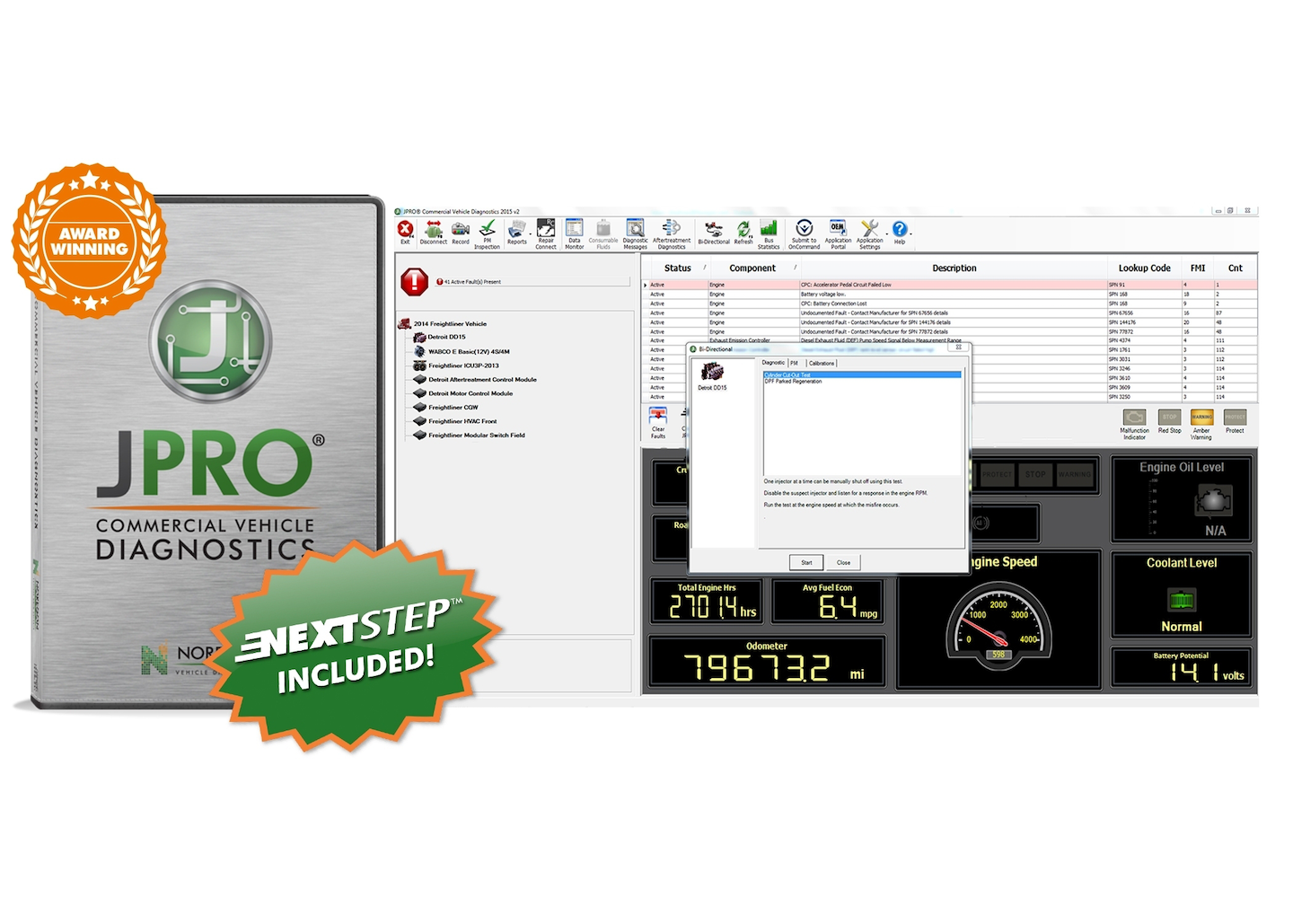 Noregon says the updated features are immediately available on new copies of 2015 v2. Those with current JPRO licenses with active support agreements can download the update directly from: http://www.jprofleetproducts.com/downloads/software/jpro_fleetdiags.asp.

“As commercial vehicles become increasingly complex, we continue to make significant investments in updating our software so that our customers have the latest functionality, including expanded coverage, proprietary data, bi-directional commands and parameter resets for the most popular engines,” says Greg Reimmuth, senior vice president of sales and marketing for Noregon. “Now with the JPRO Professional software bundle, the comprehensive coverage of JPRO Commercial Vehicle Diagnostic (CVD) software can be enhanced with the ability to perform some of the crucial commanded tests on Mack, Volvo and Detroit Diesel engines. Existing JPRO CVD license holders also have the ability to upgrade to JPRO Professional if they so choose.”

“JPRO continues to be the technician’s choice for heavy-duty diagnostics,” adds Reimmuth. “Our all makes, all models diagnostics solution for fleets, dealers, independent repair and municipalities has grown into the tens of thousands of license holders worldwide. And our North American studies show that approximately 75 percent percent of the time, JPRO Professional software and JPRO Next Step is all that is needed to fix a truck.”