The injectors in common rail fuel systems are built to handle high pressures, but shops should still be aware of specific maintenance and installation needs.

Zack Ellison likens the rail in a common rail fuel system to the barrel on a .22 caliber rifle. Both have thick walls and a small hole bored through the center of the metal. In the case of the fuel rail, the ammunition simply comes in the form of diesel fuel that is hurtling toward the engine’s injectors.

This robust rail and the injectors that are connected to it have become fundamental tools in the bid to meet tightening emission standards. They support the higher injection pressures which minimize the amount of soot during each combustion event and maximize the amount of power pulled from the fuel itself.

“What we found to be a very high benefit was being able to have higher injection pressures at lower engine rpms,” says Ellison, Cummins’ director of Customer Technical Support. “The performance is where it really shines.”

Rather than generating all of the pressure with the barrel and plunger of a unit injector, a common rail system uses a separate pump with the capacity to maintain pressures at lower engine speeds. “When you look inside the injectors, it’s actually a little more straightforward,” Ellison notes, comparing the common rail XPI system to the Cummins HPI system injectors that incorporate a plunger, timing chamber and the timing actuator.

“When you move the control solenoid right out on top of the injector, you don’t have any lag time,” he adds. “You also don’t need a return spring in the injector…there’s nothing to retract.”

Granted, there are differences from one manufacturer to the next. Detroit Diesel, for example, shifted to an Amplified Common Rail System (ACRS) this year. As the name of the system implies, the pump’s original pressures are amplified at the injector itself, which incorporates a step piston and solenoid to boost the pressure to 2,200 bar from 900 bar.

“Conceptually, if you can look at it, the old unit injector had a plunger that built pressure, and you also had a control valve to help control the timing of the pressure,” explains Roman Kosiorek, engineering manager, reman, for Daimler Trucks North America. The upper half of an injector found in the ACRS is basically a piston with a control valve, while the lower end looks more like what is usually seen in a common rail injector.

As important as the higher pressures can be, the advantages of common rail technology do not end there. These systems also introduce injector nozzles which open and close more precisely than ever before.

“With the flexibility of the common rail fuel system, you can tune the flame rate inside the cylinder so you can inject a little fuel, start it off, let it burn a little, inject a larger pulse of fuel and let it burn,” Ellison adds, referring to the three to four pulses that typically occur during a combustion event in a Cummins engine. The “pre pulse” tightens up the pistons and the gear train. “Then a little bit around top dead center, you hit it with the main blast of fuel, and that’s where you get your cleanest burn and you won’t have retarded timing, which will tend to give you exhaust hydrocarbon deposits.” Any smoke that remains can be cleaned up with a final shot of fuel, reducing the soot load on the diesel particulate filter (DPF).

It is the next generation in an evolution of fueling systems that were once limited to pump line nozzles – the components that would only feed their top pressures at top engine speeds (the slug of fuel that they delivered at lower engine speeds was responsible for the puff of dark smoke that belched from the stacks of a diesel-powered truck). The electronic unit injectors (ECI) that followed certainly improved the delivery of fuel, but they admittedly were more complex since they were responsible for building up the required pressures.

Now that the pressures are built up before the fuel reaches the injectors, these components have been simplified, as well as strengthened. Cummins, for example, upgraded the check balls that move inside each of these delivery mechanisms. Faced with some added erosion, engineers shifted to a ceramic ball instead of a steel ball, and incorporated a chrome-faced seat.

Good news for technicians: the new generation of injectors allow for quicker replacements.

“The size of the poppet valve [in a Detroit Diesel injector] has decreased dramatically, as well as the size of a lot of the other components,” adds Kosiorek. Enhancements like these have been vital. Fuel is streaming across the valve seat at the speed of sound, making the surface finishes and geometry that much more important. “Any small wear can lead to a pretty quick failure,” he says.

Still, any injector will wear over time, usually at the nozzle, spray tip or through the erosion of the poppet valve and valve seat. That’s when vehicle users begin to report problems.

If the injectors begin to leak, there can also be a drop of a few tenths of a mile per gallon before the fault codes or power losses emerge.

The good news for technicians is that the new generation of injectors also allow for quicker replacements. “It’s very straightforward and it is much quicker,” Ellison agrees. In the XPI, the injector can be removed and reinstalled without disrupting the rocker levers. It is now a matter of pulling off the valve cover, pulling out the old injector, reinstalling the new injector, and using an electronic tool to add the related trim code.

The code itself is unique to each injector and will affect the fueling rate.

Granted, there will also be specific installation tips from one product to the next.

“On a Cummins Celect injector, the proper way to get that injector to calibrate itself to the engine is to drive it for 50 miles after it’s installed because it calibrates itself,” notes Joe Hutto, vice president of production at ProDiesel. But installers have been known to shut down an engine if it is running roughly in the shop, mistakenly believing that the injector itself is flawed.

The simplified procedures could represent a dramatic boost in the argument for replacing every engine injector at the same time. Standard Repair Times suggest it can take about 4.5 hours to replace one injector, but a set of six could be changed out in 5.5 hours. The latter option will also limit the chance that the truck will need to return to the service bay for another replacement about 30 days later.

“A lot of customers don’t think of fuel injectors as something that naturally wear out over time,” notes Dan Haggerty, marketing manager for Daimler Trucks North America Proprietary Parts. It may be because the wear generally takes place over hundreds of thousands of miles and several years. “If you’ve got one or two that are bad, the other four or five aren’t that far behind,” he says.

The decision is so important that his company will double the warranty on the replaced injectors to two years and 150,000 miles.

In addition to the savings that come with reduced shop hours and less downtime, those who buy a full set of injectors will also tend to enjoy a discount on the parts themselves.

Besides, one of the most difficult diagnostic situations involving injectors will emerge if more than one injector is causing a problem. Using a cylinder cutout strategy, a technician can simply shut off one injector after another. There should be a decrease in rpms every step of the way. Once reaching an injector that is not adding fuel, there will be no change in the speed. Unfortunately, the next injector in the firing order may also compensate for the one that has been shut down.

“A lot of technicians use a heat gun and shoot the cylinder wall,” says Hutto, noting how the approach will identify the temperature differentials that can be the sign of a “missing” injector.

Of course, the problem is a moot point if all of the injectors are being replaced to begin with.

All of the common rail systems have also incorporated changes to filtration components, ensuring the cleanest-

“There’s always the issue of contamination – water in the fuel, trash in the fuel,” Hutto says. “You have to clean out the whole system to really get away from it.” Technicians should also take the time to blow out the line and clean the tank during an installation, especially if an injector has failed because of contamination, he adds. “Anything you can do to eliminate that problem, you better do that.”

Be careful not to lay a new injector on a work bench or on top of an engine where it can pick up foreign material.

Shop procedures are important as well. Installers need to be careful not to lay a new injector on a work bench or on top of an engine where it can pick up foreign material, Hutto says. Another step will involve covering the hole that holds the fuel injector, to keep other debris out of the system.

The shift to common rail equipment has also had an impact on fuel supplies in more ways than one.

The fuel injected by a Cummins HPI system was needed for timing and other purposes outside of the actual combustion event. That meant as much as 60 percent of the fuel would simply blow down and return to the fuel tank, wasting energy in the process. The amount of fuel returned by its XPI counterpart can be measured as a single-digit percentage.

But this does present one additional issue for your customers to consider: they will need to monitor blended fuel supplies in the winter because tanks will no longer enjoy the extra warmth that comes along with the returned fuel.

“When engines run out of fuel with these systems, it requires pre-filling the fuel filter to get them started,” Ellison adds. Cummins filters have a vent tube on the clean side of the filter to ensure the fuel is filtered before reaching the high-pressure pump. “I know a number of manufacturers have tried novel ways to get people not to take a Coke can and dip down into a bucket of fuel,” he adds with a chuckle. “Fill it on the dirty side of the filter, the outer portion of the filter.” After all, the hole in an injector nozzle can be blocked by debris as small as 150 microns.

Care will also need to be given to the selection of replacement injectors in the aftermarket.

Warranties will be vital when recommending the different injectors to be installed, says Tab Beasley, vice president of sales and marketing at ProDiesel, adding that related core policies will be important.

Meanwhile, Haggerty stresses that there is a difference between rebuilding and remanufacturing. The rebuilding process involves fitting them with needles and tips rather than replacing a host of additional related components. “We’ve even found wrong parts,” he says, referring to mismatched spray tips and plungers that have been installed.

A common fuel rail system will only be as good as its replacement parts. Shops are under pressure to ensure they pick the right ones. n 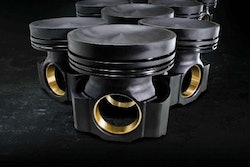 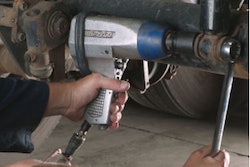 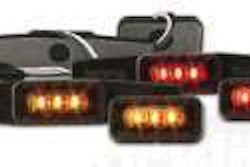 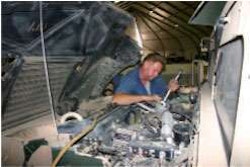