Technicians can improve the life and performance of trailer brakes

Trailer brakes face more than their fair share of challenges. Unwanted moisture can lead to frozen valves, road debris will hammer away at brake chambers until they spring leaks, and a few misguided choices at the parts counter can throw an entire system off balance. 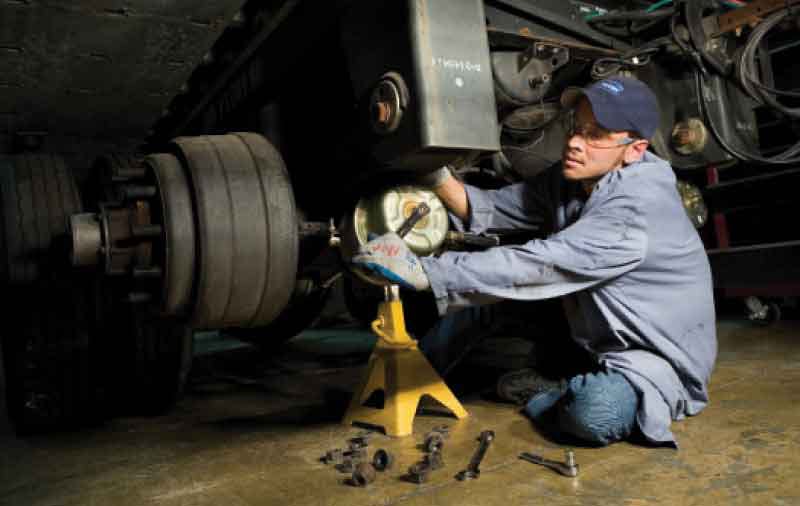 Each component of the trailer’s braking system plays a role in its proper operation. Take a system’s approach to maintenance and repair.

The brakes are even under attack from the chemicals that are supposed to make it easier to stop on a frigid winter day. While calcium chlorides tackle ice on the surface of a road, the corrosive compounds also eat through everything from wiring to springs and brake linings. “A lot of people call it an industry epidemic,” observes Randy Petresh, vice-president of technical services at Haldex. “I’d have to agree.”

As challenging as each threat may be, shops still can improve the life and performance of the system by focusing on the individual parts.

The proper performance of a trailer’s air brakes begins with an ongoing supply of dry air. That relies on the support of a properly functioning air dryer.

“Air dryers are critical to the system and, unfortunately, I probably would say without too much reservation that it’s one of the most neglected components,” Petresh says. “I know a lot of guys who won’t even look at them for three years. Depending on the operating and duty cycle and condition of the compressor, three years is ridiculous.” 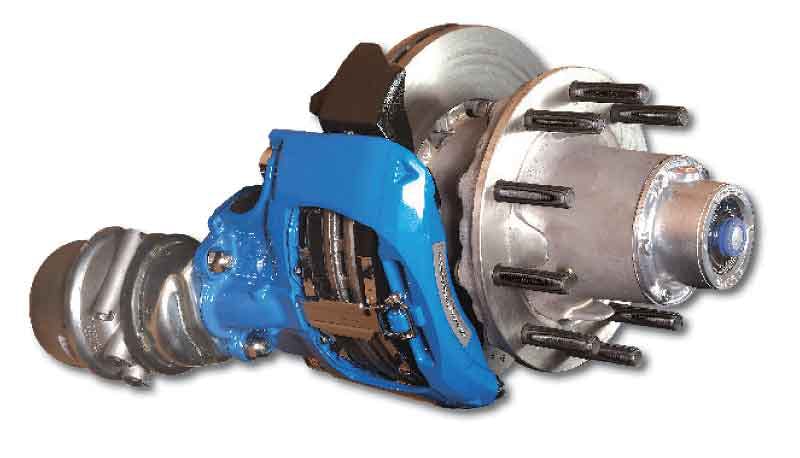 Air chambers face threats from road debris and corrosion, so it's important to look for both during a brake inspection.

To compound matters, the dryers face the added stress that comes with the technology used to meet the Environmental Protection Agency’s tightening emissions standards, he adds. “The new lubricants, new fuels and the new combustion products [from exhaust gas recirculation] are finding their way into the system as well.”

Any sign of water in the system indicates that the dryer is either overwhelmed or has a mechanical problem, stresses Bill Fornof, senior staff engineer – air treatment Bendix Commercial Vehicle Systems. Technicians also need to be aware of the way one problem can build on the next. Those technicians who discover a contaminated desiccant cartridge, for example, will need to inspect the unloader and purge valves as well.

The same gladhands that deliver air between a tractor and trailer also can be a conduit for unwanted contaminants. Maintenance teams have found them filled with everything from dirt to insects and even the occasional cigarette butt. While the air might be able to pass through the pile of debris during a light application of the brakes, everything will be transformed into a tightly packed barrier during a sudden stop. 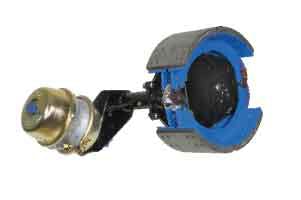 Some people will even add some of the most damaging contaminants on purpose. The same air line antifreeze that is added to release frozen brakes can cause an array of problems down stream. Fluids such as isopropyl alcohol or ethylene glycol antifreeze will cause O-rings to swell, or wash away the lubricants that protect a brake valve’s internal pistons, manufacturers note.

The irony is that the fluids often are added when they have no hope of unlocking frozen trailer brakes. “In many cases, it’s shoes frozen to drums and nothing to do with the air brake system,” notes Rick Conklin, product manager – Electronic Stability Program and Future Architecture, Bendix Commercial Vehicle Systems.

It always will be important to determine exactly which components have malfunctioned in the first place.

As important as the air may be, the trailer’s braking system also requires an uninterrupted supply of power for everything from the brake lamps to the sensors that are used in antilock braking systems and stability controls. 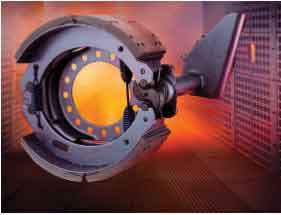 De-icing chemicals in use today can attack brake lining. Pay close attention to signs of corrosion.

One of the greatest threats to the electrical connection comes in the form of corrosion, and that is particularly true in areas where road crews spread generous supplies of de-icing compounds. Once the fluids reach through an opening in the wire’s insulation, it can wick four to six feet up the metal inside, attacking connectivity along the way.

Any connections will need to be protected with options such as heat shrink terminals and shrink tubing. Dielectric grease also will help to ensure a protective seal for any connections. But Conklin stresses that any working connectors should be left alone. Nothing will be gained by opening the connectors for a quick inspection.

The wiring itself also should be properly secured along the entire length of the trailer, protecting against the pull of everything from road debris to ice. Conklin recommends tying the wiring in place with a zip tie every two or three feet down the length of the chassis, leaving just enough slack to fit a couple of fingers underneath. “Zip ties can age just like everything else,” he adds, suggesting that they will need to be replaced over time.

The plumbing of a trailer’s air brakes needs to be balanced carefully, supplying each wheel end with the required air at the same time. That is made possible by the internal workings of individual valves. Some will relay the air immediately, while others will remain closed until a specific crack pressure is reached. 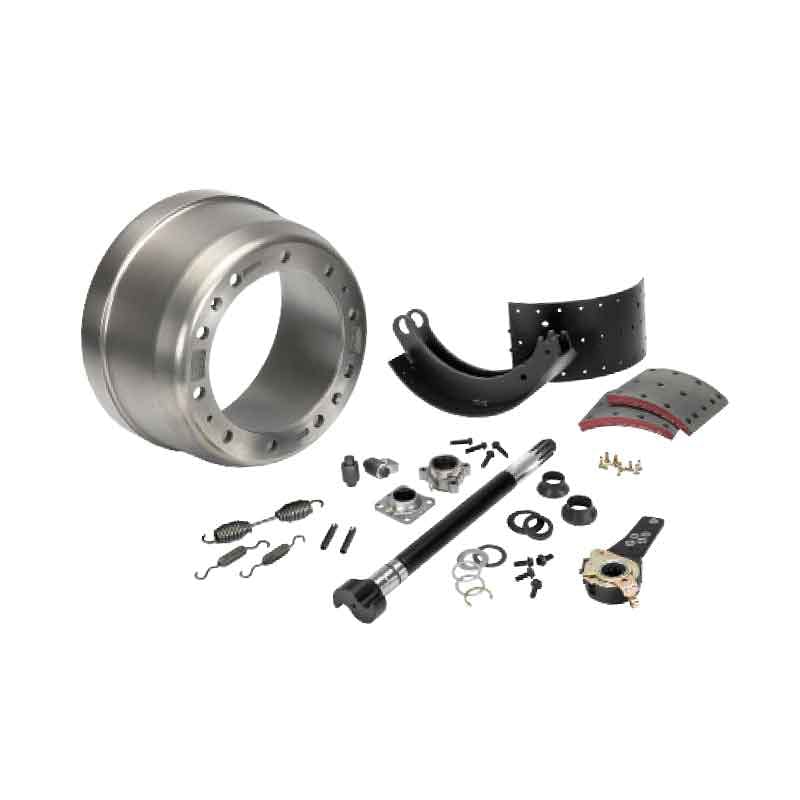 Your shop can improve the life and performance of your customers’ braking systems by focusing on each individual part of the system.

Even though one valve often can look like the next, right down to the position of the ports that attach to the air lines, installers need to be careful to spec’ the exact same components that were removed. “You can upset the balance from axle to axle, trailer to tractor, wheel to wheel,” Petresh says about the wrong choices.

Once the balance is compromised, the brakes on one wheel end can apply more quickly than the next. At the very least, the aggressive components will tend to wear out more quickly. At worst, the change in the system’s balance can keep the trailer from stopping in a straight line.

Given that air chambers hang so close to the surface of the road, there should be little surprise that they face the threat of physical damage. Even if the chamber only appears to be dented, the internal seals may be compromised, Petresh adds, referring to the related leaks that can cause brakes to drag.

The anti-icing compounds spread on the nation’s highways can cause some damage of their own. Sealed chambers may protect their internal workings from unwanted corrosion, but the vents in a value-priced model make it easy for the corroding chemicals to reach inside.

Everyone from drivers to roadside inspectors is taught how to measure a push rod. Unfortunately, the focus often ends there.

“The focus on stroke and adjustment has become so dominant they aren’t looking at other things that cause the problem,” Petresh explains. 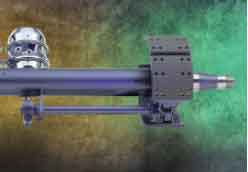 Replace friction material across an entire axle for optimal performance.

That limited view can lead people to adjust automatic slack adjusters without considering the root cause of the problem. “If the bushings are worn and there’s an additional large amount of slop in the mechanical components, the slack adjuster can’t compensate for that,” notes Mark Kromer, engineering manager – actuation products, Bendix Spicer Foundation Brake.

The initial set-up will play a large role in how the brakes perform, ArvinMeritor notes. Set too tight, the slack adjusters will lead to dragging brakes. If running clearances are too large, the air chambers may be out of their allowable operating range.

Like anything else, the adjusters also need to be inspected for physical damage, the manufacturer says, referring to the way that seals can be torn, and how pins and clips will wear over time.

When it is time to replace the slack adjusters, they also will need to be replaced across an entire axle because each design will adjust at a different rate. Differences in the models can lead to stability-related problems in some operating conditions.

Friction material needs to be replaced across an entire axle as well. If one lining is more aggressive than the next, for example, it will wear down more quickly than the material on the opposing wheel. Overly aggressive linings also can change the stopping dynamics of a lightly loaded trailer.

But an inspection of the lining should go beyond measuring any remaining depth. Overheated linings, for example, will typically be dark, and fibers will stick out where the resins have evaporated, ArvinMeritor notes. If those conditions exist, it will be important to determine why the brakes overheated in the first place. 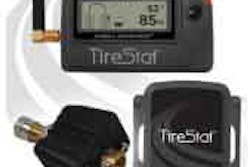 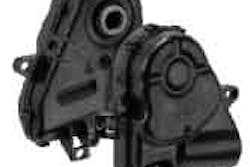 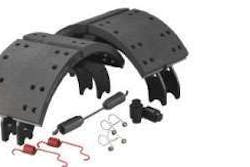 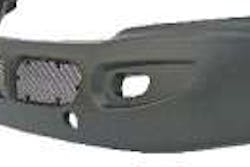