Fleets air their grievances regarding corrosion 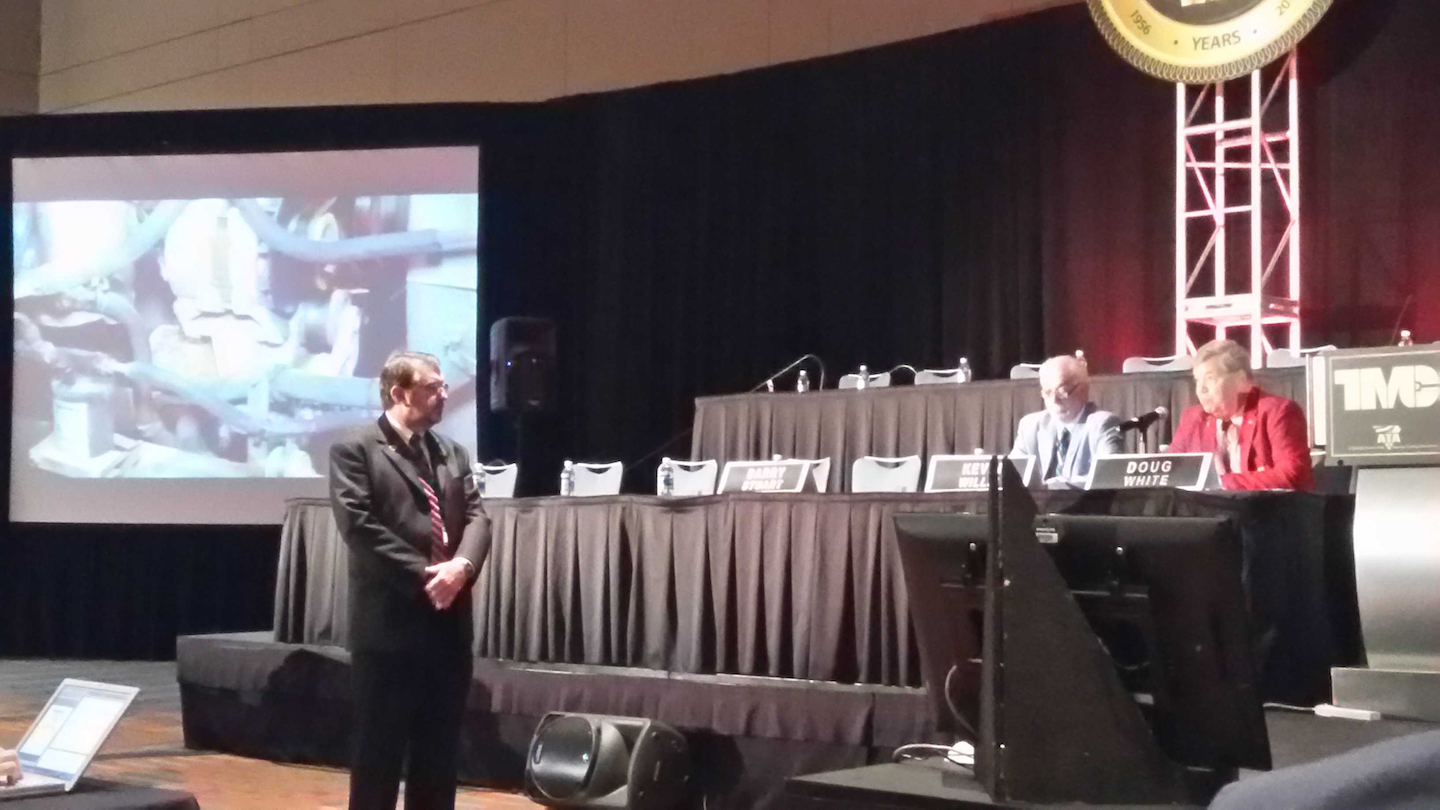 After brief presentations from five corrosion experts on the various chemicals that lead to tractor and trailer degradation, moderators Darry Stuart and Jim LeClaire and panelists Doug White and Kevin Willis used a live stream to inspect a horribly corroded vehicle, stopping periodically to focus on specific components and share their experiences in fighting corrosion on each part.

White, vice president of maintenance at Dunbar Armored, was especially candid about how corrosion is creating problems for his fleet.

“It’s a huge problem and it’s pushing on our maintenance budgets quickly,” he says. “We’ve had to alter our PMs to make sure that we don’t miss something.”

Willis, maintenance director at Pepsi, says the increasing risk of corrosion is almost overwhelming. He says he’s successfully lobbied for a larger budget to fight the road chemicals destroying his trucks, but even with extra funds he says he’s still struggling to stay ahead.

“Pepsi is very committed to safe, dependable assets on the road every day, and that’s where the money has come from so we’ve been able to do what we need to do,” he says.

The two fleet managers say they’ve attempted to combat the issue with regular washing, a yearly corrosion inhibitor spray and a corrosion-specific inspection during PMs.

While magnesium chloride garners the most headlines, Wednesday’s technical session referenced four chemicals and one natural fluid that contribute to most vehicle corrosion.