How to identify when a clutch is failing 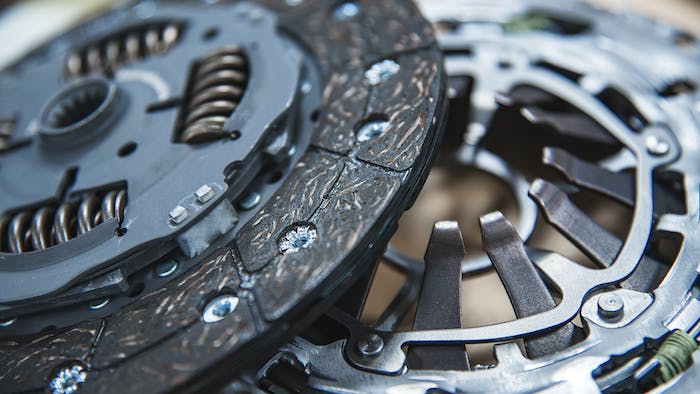 As the mechanical link between engine, transmission and driveshaft, a clutch carries a lot of responsibility in a truck. A properly performing clutch enables a truck driver to seamlessly shift gears while in motion, optimizing engine performance, maximizing fuel economy and on-road safety.

Most clutches on the market today are designed for rigorous applications, with extensive life cycles and the capacity to withstand hundreds of thousands of miles of use before eventually breaking down. Yet despite their heavy-duty design, clutches aren’t indestructible. Whether it be from years of exhaustive use, driver mistreatment or overlooked maintenance, all clutches eventually reach the end of their useful life.

To understand when it’s time to replace a clutch, it’s important to know what to look (or listen) for. A failing clutch will offer several clues for drivers and service technicians that it is time to be replaced.

One obvious sign a clutch is nearing its end is when it fails to engage, or engages sporadically, when the clutch pedal is pressed. A high-functioning clutch will engage consistently and steadily as its pedal is pressed to enable a smooth transition from one gear to another. But over time as a clutch deteriorates, shifting can become more cumbersome, forcing a driver to work harder to get a truck into the proper gear.

If a driver is unable to enter a new gear cleanly that should clue them in that something is wrong, says Barry Adams, chief engineer, global clutch, Eaton Vehicle Group.

Another warning sign is clutch noise. Clutches wear only when engaged, so if a clutch is making noise when not in use and/or emits excessive noise during shifting applications, drivers should hear it and be able to report it to their service team.

While not all noisy clutches require replacement — clutches out of adjustment can create sound, as can clutches that have been breached by a rock or roadway debris — most clutch-related noise originates from the erosion of friction material within the clutch, causing the metal surfaces to rub against each other.

“The clutch is a high-torque, highly engineered clamp,” says Meritor’s Paul Rousseau, product specialist, clutch. “If the discs are hitting each other because the friction material is worn or the clutch is out of adjustment, there’s going to be vibration. [The driver] is going to know it.” 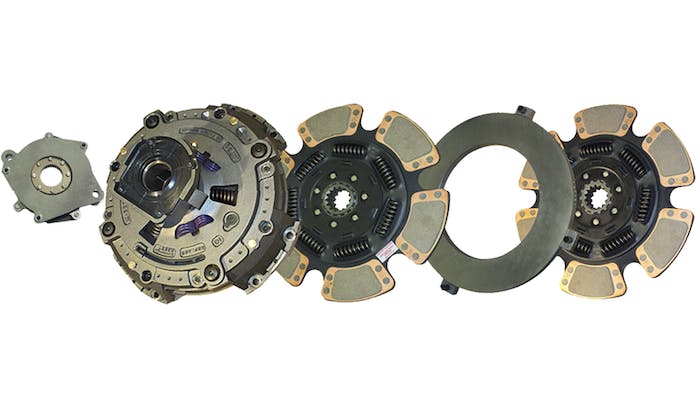 Some new trucks also will alert drivers when their clutch is about to go with a dashboard notification. Stein says this is most common in trucks with an automated manual transmission (AMT) because drivers in those applications are not engaging the clutch pedal that would allow them to identify the other signs.

Clutch experts also note when it comes to clutches, drivers shouldn’t just be trained on how to identify failure clues, but also how to maximize a clutch’s useful life.

Driver abuse is arguably the most common reason a heavy-duty clutch is replaced prematurely. Dayton Parts in its Clutch Troubleshooting Guide notes anyone who drives a truck “should learn how to operate the vehicle properly. The most critical points to cover in driver training programs are learning to start in the right gear, proper clutch engagement, recognizing clutch malfunctions and recognizing the need for readjustment.”

Service providers can identify failing clutches too. Product experts say proactive maintenance practices are the best way to uncover a clutch is deteriorating before it completely fails, reducing on-road breakdowns and maximizing uptime.

Rousseau says if a clutch is beginning to fail, a technician should be able to identify early warning signs during a scheduled clutch adjustment and lubrication. Though self-adjusting clutches are gaining market share, most clutches in use in North America today still require scheduled adjustments. Rousseau says these maintenance events, in which a clutch’s release bearing to clutch brake and release fork are recalibrated to 1/2 in., and 1/8 in., respectively, are designed to be fairly simple procedures to conduct. 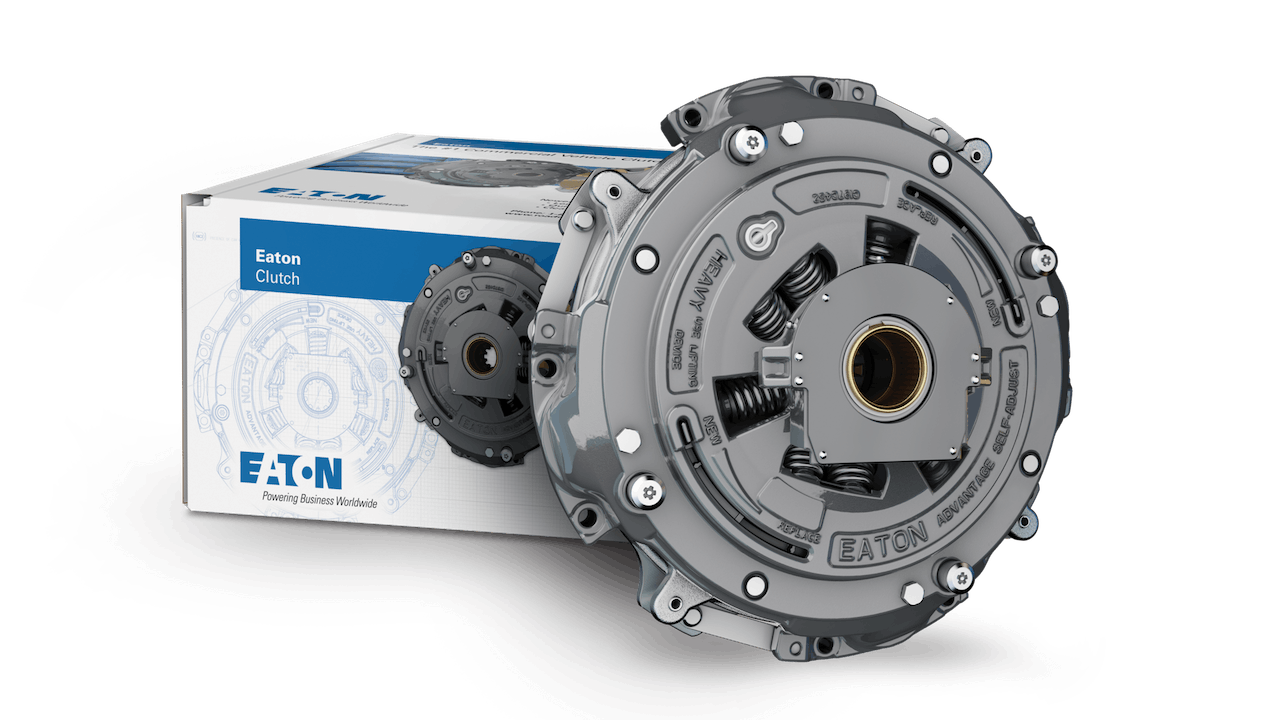 A clutch from Eaton.

Adams agrees, noting failing to perform clutch adjustments according to manufacturer recommendations also can lead to challenges during adjustments and reduce component life over time. “I think that’s one of the biggest reasons why clutches fail prematurely,” he says.

In its troubleshooting guide, Dayton Parts states damage to a clutch not adjusted correctly “occurs gradually, unless the clutch is severely out of adjustment.”

[RELATED: How to avoid spec’ing mistakes when replacing a clutch damper]

Self-adjusting clutches require inspecting as well, and Stein says most feature a visible indicator tab displaying when the component is no longer able to perform properly.

Most clutches also require specific lubrication applied at scheduled intervals, says Eaton’s John Cordes, product service manager, technical services. Cordes says failing to lubricate a clutch according to OE recommendations or using an inferior lubrication product will, over time, begin to show premature clutch wear. “Both are highly critical to get the maximum amount of life out of the product,” he says.

On lubricant, Dayton Parts adds clutches replaced due to lubrication issues are usually indicated by a burnt condition where the lubricant is applied. Additionally, if proper lubricant is used but too liberally — particularly on the cross bearing and cross shaft bushings — a chattering noise can occur during operation and wear the component at a faster rate. 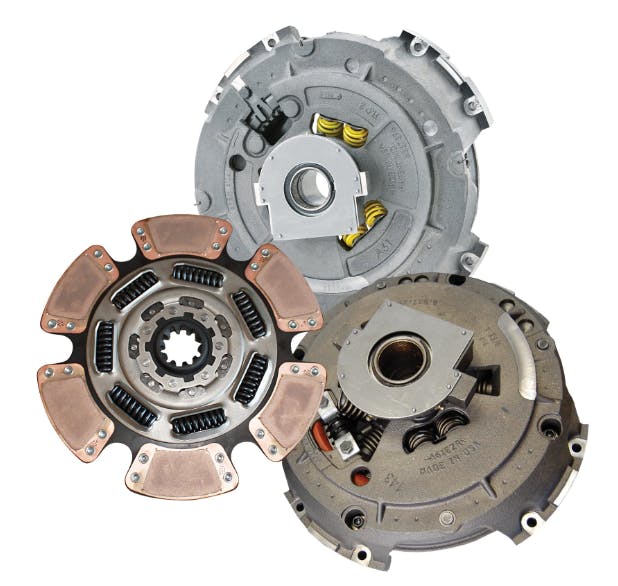 Other related parts also can warn technicians of performance issues and should be replaced in conjunction with a failed clutch. Rousseau and Adams mentions the input shaft as one part that all too often is overlooked during a clutch replacement.

“It often doesn’t look like it needs to be changed, but if you do a physical inspection, you can feel the worn grooves in the splines and tell that it needs to be replaced,” Rousseau says.

Cordes adds if a clutch is replaced twice in short period of time, the latter replacement is almost always traced back to a failure by technicians to replace related components during the first swap. Rousseau adds the keys to longer clutch life, from his perspective, are installing a new clutch with a new clutch kit when needed and remaining consistent with clutch maintenance schedules. 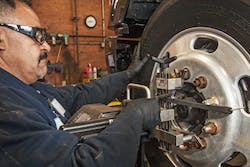 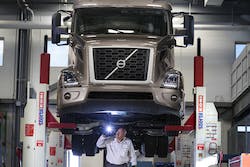 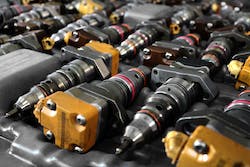 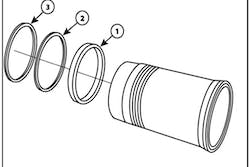