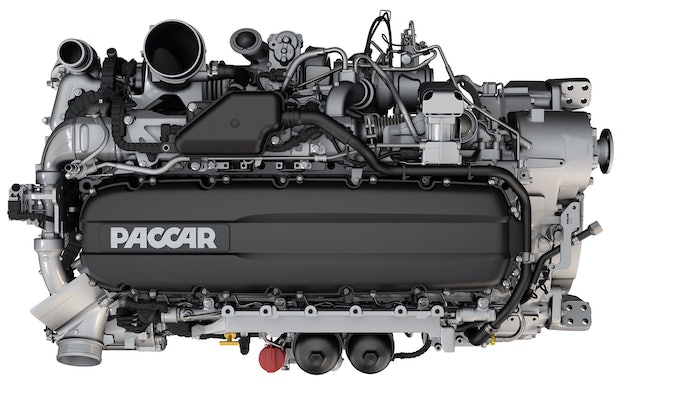 Helping drive fuel efficiency improvements is a number of refinements that all come together to maximize performance. The engines feature optimized combustion with multi-pulse fuel injection. A smaller, more efficient turbocharger boosts power and improves responsiveness. And an enhanced piston design has added features to reduce frictional losses. Paccar adds that its next generation aftertreatment system completes the system to further reduce particulates and NOx without sacrificing power or MPGs.

Paccar says the engines were updated for added reliability. An enhanced fully-encapsulated engine harness protects against the elements, while connections were reduced between the engine and vehicle. Inside the engine, several structural enhancements were added to strengthen components and optimize rigidity.

To make fuel filter changes more efficient, Paccar now mounts primary and secondary fuel filters on the engine, instead of on the chassis. And, a 12-volt fuel heater comes standard for improved cold weather performance.