Meritor’s Vice President of North American Aftermarket Joe Mejaly kicked off the event, addressing how Meritor continues to respond to the sudden curveballs being thrown into the trucking industry due to the supply chain crisis.

One change the company is implementing to help its distributor base is a full-scale update to its Meritor Parts Xpress e-commerce site. Christy Westrich, director, customer loyalty, says improving Meritor Parts Xpress (MPX) is an ongoing challenge for Meritor and this year the site will receive several vital updates, including improved notification capabilities, a VIN decoding tool, live web chat, site speed improvements, integration of its Drivetrain on Demand program and more. Westrich says many of these updates will roll out throughout the year, and notes the company’s VIN decoder tool will include as much product information for as many vehicles as Meritor can get its hands on.

The company also is working to optimize its Florence, Ky., parts distribution center, eliminating inefficient stocking and picking devices and adopting multi-faceted tools to increase the speed of product into and out of the building, says Robert Frazier, general manager, operations.

As expected, Meritor’s product categories are growing as well, says Doug Dole, general manager, product strategy. Dole mentions air disc brakes, trailer suspension upgrade kits and Drivetrain on Demand as three specific categories that will expand and improve in the year ahead. Meritor also continues to invest in its e-axle segment for new truck production, and Dole says Meritor’s aftermarket portfolio will support those new EV axles in the coming years as they age out of warranty. 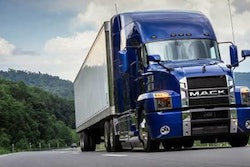 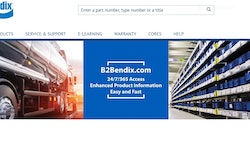 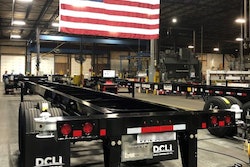 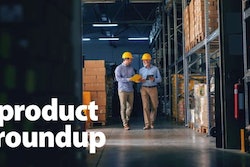