There’s no crystal ball for the used truck market, but at the Used Truck Association (UTA) Annual Convention Thursday in Nashville, three of the industry’s preeminent valuation experts did their best to forecast what’s to come for the channel in the years ahead.

NADA’s Chris Visser, Black Book’s Josh Giles and Sandhills Global’s Scott Lubischer say the market’s current hot streak won’t last in perpetuity, but none of them have yet identified factors in the retail, wholesale or auction channels that would indicate the market’s good times will end anytime soon.

Lubischer says during his time with TruckPaper and Sandhills Global he’s learned the first sign a downswing is usually coming for the used truck space is when auction values start consistently falling. He says Sandhills hasn’t seen any pricing drawbacks across the country to date in 2021, and it appears unlikely any will occur in the immediate months ahead. Visser agrees. He says the basis for his NADA forecast model is freight demand and truck availability and both have been great all year. Giles confirmed both of his colleagues’ sentiments, stating vehicle demand and freight are more likely to increase than drop in Q4.

Moving beyond the holidays, the trio says 2022 could go several directions for the used truck space. The first quarter is likely to be continuation of Q4. After that the experts are more unsure. Visser says the current new truck production crunch is going to alleviate at some point in 2022 and when it does used trucks will slowly, then quickly fill the market.

He says it “doesn’t take a major change in used truck supply to impact used truck pricing,” which means dealers who don’t want to get stuck with a sudden glut of trucks should be watchful of auction channels and fleet turnover to identify when it appears new truck deliveries have returned to industry norms. He also notes red flags, such as when large fleets start marketing their trucks or looking for incentives on future purchases, as warning signs that the market may be starting to turn.

Giles and Lubischer also state when the market begins to turn there will likely be a pricing bubble dealers will need to contend with. Giles says he anticipates the bubble will hit the Class 8 market the hardest — new truck deliveries will suddenly recalibrate the market — with the medium-duty segment seeing the air slowly leak out than a true bubble burst. Lubischer adds a pricing bubble likely already exists in the market but demand has kept it from being problematic.

The trio also notes the supply/demand challenges facing the market today will not dissipate when the new and used markets return to normal cycles. The lack of trucks built and delivered last year, this year and likely next year also will reduce the number of available trucks to hit the used market in 2024 and beyond. “A lack of supply has a tendency to follow us in this market,” Lubischer says. 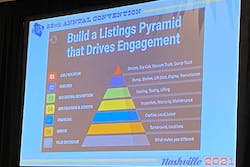 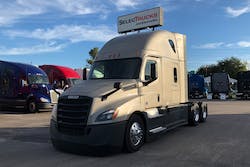 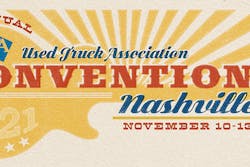 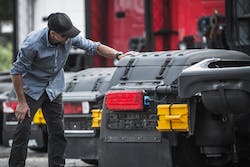