“Used Class 8 same dealer retail sales volumes dwindled further in January. The sequential drop was the fifth straight decline, while sales have been weaker for the past seven months,” says ACT Research Vice President Steve Tam. “It is worth noting that sales typically fall in January and the magnitude of the drop aligned with expectations. Interestingly, the slowing in the secondary market belies recent developments in the new truck market.”

“We believe the industry will make progress clearing some of the supply-chain hurdles, allowing for moderate improvements in new truck production,” says Tam. “The higher output should help increase the flow of equipment into the secondary market, helping to boost sales volume and alleviate some of the rampant price appreciation the market experienced in 2020 and 2021.”

He adds, “Used truck prices will continue to benefit from strong demand and tight supply, though growth rates are likely to decline meaningfully, as freight hauling capacity rebalances, and it is important to note that prices will be retreating from record highs and are not expected to collapse, but rather revert in an orderly manner toward the mean.” 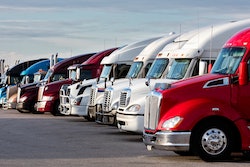 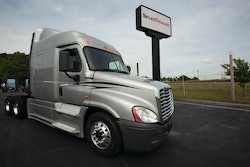 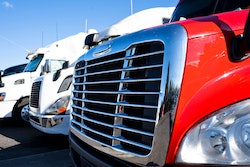