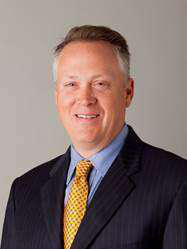 Cody J. Pleau from Hartt Transportation Systems, Inc. competes at the brake repair work station during the TMCSuperTech 2013 competition at the at the David L. Lawrence Convention Center in Pittsburgh, Pa. Seven Mack trucks provided by PITT OHIO were used to test technicians’ skills during the event.

FedEx Freight’s Mark McLean, Jr. was the first-place winner of the 2013 competition, earning his place as “the industry’s best technician,” and a trip to the 2014 Daytona 500 among other prizes.

This year, 130 technicians from the U.S. and Canada participated in the competition, which awards superior skill and encourages excellence among truck technicians.

The Mack Pinnacle models were used for the brake repair work station.

“Mack Trucks is proud to put our support behind an event that focuses on the skills and professionalism of some of the finest truck technicians in the U.S. and Canada,” says John Walsh, Mack vice president of marketing. “Congratulations to the TMCSuperTech winners for being the best of the best.”