The three rules to doing business

Sometimes you read a business book that resonates with you so well that you begin to see examples of its principles in places outside of your own workplace.

I read one such book last year and have seen evidence of its truths here in Paducah and west Kentucky. The name of the book is The Three Rules: How Exceptional Companies Think, by Michael Raynor and Mumtaz Ahmed.

The authors researched 44 years of data on 25,000 publicly traded companies to identify what made the outliers with truly exceptional performance different. They propose three rules that underpin the strategic decisions of the most consistently successful companies they studied.

Although the book can sometimes be very in-depth and includes many accounting terms such as Return on Assets, Total Asset Utilization, Return on Sales, and Total Asset Turnover, along with many charts, the three rules they propose are interesting.

I believe they are generally true.

These three rules can be used to help us make choices about what to do or not to do in our own businesses. So, what are the three rules?

It’s a competitive world. Every business has to have something that sets it apart from the competition. Don’t ever make the sole differentiator price. To stay successful, companies must find ways to compete by being better, not cheaper.

You can see examples of this everywhere. Where I live, many of our local stores and restaurants compete not by offering the lowest price, but by simply being better. For example, there was a Ryan’s that closed down last year. With its all you can eat buffet, the restaurant was cheaper for families on a budget. Yet it closed down while more expensive restaurants like Red Lobster, Texas Roadhouse and Olive Garden thrive. Their strategy is to be better, not cheaper.

Other examples are Sears which closed stores nationwide while Dillard’s and Nordstrom’s still chug right along.

Harley Davidson does very well even though Harley Davidson is not the least expensive motorcycle one can buy. Harley’s are perceived to be better not cheaper.

So, although a lower price can certainly be a competitive variable, don’t compete on price alone. Compete on overall value. Strive to be better, not cheaper.

Sure, controlling costs is important to any business. It’s critical. But the research shows that successful companies tend to prioritize increasing revenue above

cutting costs. They grow their bottom line by increasing sales rather than simply cutting expenses.

For example, at TAG Truck Center in Calvert City, we made a decision to add another parts delivery van and another employee. Considering the initial cost of the van and the additional fuel and maintenance expense, the salary for another employee, health insurance benefits, FICA and Medicare taxes, and 401K match, this was an expensive proposition. Yes, we increased expenses but we also significantly increased our revenue. We prioritized revenue before cost.

This principle is especially true when investing for the long term. When the stock market crashed in 2008 and the whole world entered the great recession, most heavy-duty truck manufacturers dramatically cut their spending on research and development.

In contrast, Freightliner, Western Star, and Detroit didn’t cut back. In fact, they actually increased R&D expense. They theorized that by pouring money into improving the quality of the truck and becoming better (Rule #1 – Better before Cheaper), they would eventually increase their sales and profits (Rule #2 – Revenue before Cost).

Now Freightliner and Western Star have driven their market share to more than 40 percent and the two companies together are the undisputed leaders in the North American heavy duty truck market.

So always place the importance of increasing revenue above the importance of cutting costs. Volume cures everything. Sales cures all ills. When considering whether to cut expenses (or which expenses to cut), remember rule number two, revenue before cost.

There you have it. The two principles that research shows exceptional companies follow to achieve consistent success.

Better before cheaper and Revenue before Cost.

Oh, yeah, and what about that third rule?

So what’s the bottom line? Compete by being the best, not the cheapest. Focus on ways to increase revenue rather than ways to cut costs. Your customers will be happier, you’ll be more successful, and it’s a whole lot more fun. 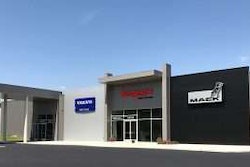 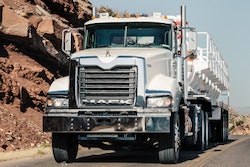 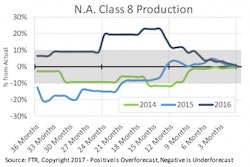