Despite reports the effect of the COVID-19 Omicron variant is waning and business is slowly getting to a place of normalcy, in-person sales calls to customers is still problematic, according to the most recent Heavy Duty Manufacturers Association (HDMA) Pulse Webinar.

HDMA’s Pulse poll of its members, which are made up of the commercial vehicle supply market, indicates 70 percent of work performed by remote employees is sales, followed by marketing and communications (40 percent), “other office” (32 percent) and engineering (22 percent).

Half reported using online methods, 45 percent reported in-person calls, and “other” made up for the remaining 5 percent.

With less than half of sales calls being made in-person, the survey asked what the greatest barriers were to meeting with customers face to face and HDMA received “an extraordinarily large number of responses,” Anderson says.

Some of the top barriers include:

“There were a number of comments talking about the difficulty meeting the different number of rules and regulations based on localities and different companies having their own restrictions. That was one of the constant pieces we saw from members,” Anderson said.

Another barrier is many customers are pressed for time and unable to meet because so much of their day is being spent finding product from the supply chain.

“We saw a lot of comments that shortages and other problems in the commercial vehicle supply industry have created these additional barriers to meeting with customers face to face – the other work is taking priority,” he said.

“It isn’t just a question of a company that has a policy that doesn’t allow visitors, which is a comment we saw a lot of times. But a lot the comments also seem to talk about getting priority time in front of particularly the OEM customers,” Anderson added. 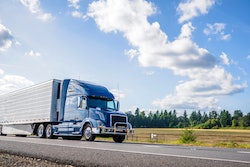 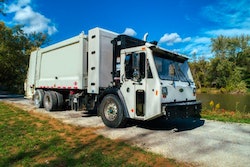 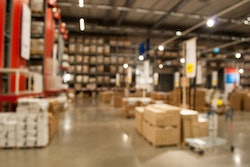